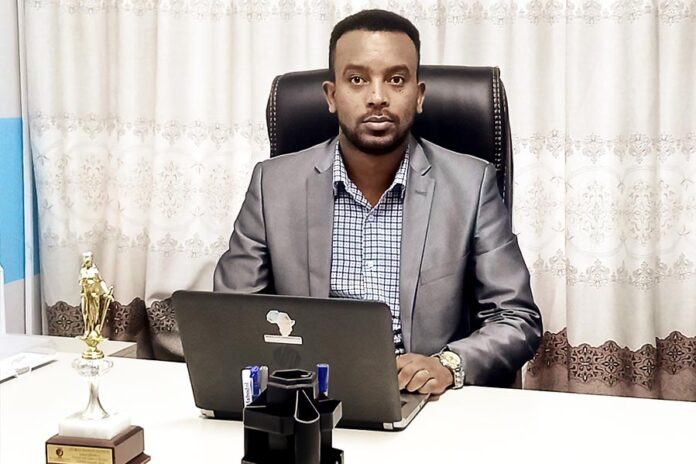 When Mengistu Haile Mariam was overthrown, Ethiopian academicians and human rights activists led by the late Professor Mesfin Woldemariam and 31 other colleagues formed the Ethiopian Human Rights Council. With the initial aim of helping the transitional government in 1991in “respecting, protecting and fulfilling human rights” the council has gone on to be pivotal in safeguarding both human and democratic rights in Ethiopia for over three decades.
Over the years, the main actions taken by the council consisted of investigating human rights violation, provision of human rights awareness by training police, judges, lawyers and community representatives. In addition, the council carries out human rights advocacy and provides free legal aid and has published a series of articles with a variety of content such as a preliminary report on the Mai Kadra massacre.
Owing to the country’s current situation and the declaration of the state of emergency, Capital sat down with Dan Yirga, Executive Director of the Council, for an inside look of the councils works in these times. Excerpts;

Capital: What are your views on the protection of human rights in the period of state of emergency?

Dan Yirga: The state of emergency was declared by the government with the aim to control situations in the country. Our country is facing a grave danger to its existence, sovereignty and unity, and we can’t dispel this danger through the usual law enforcement systems and procedures.
We cannot question why the law or the state of emergency is declared but what we might possibly question is the way it is being carried out or applied. The state of emergency has gaps with regards to its application and as such must be applied equally to minimize certain things that can cause differences among citizens. Perhaps In some places the state of emergency is misapplied especially in lower administrations, which may be as a result of misunderstanding the proclamation or may be used for personal benefit.
In some areas we are observing abuse, misplay of the laws, and violation of human rights and so on.

Capital: How do you see the treatment of detained persons as a result of the state of emergency?

Dan Yirga: The six-month state of emergency allows suspects to be detained without trial for as long as the proclamation lasts and allows house-to-house searches without a warrant. Ethiopia’s state of emergency law gives security personnel extremely broad powers of arrest and suspends in due process.
Some examples we have observed is that citizens are being arrested based on their ethnic identity, and also without enough reasons for detainment. Some of the detainees were arrested based on information gathered by security authorities but the majority of them are detained based on tips by informants.
Detainees are not able to meet with their families, with their lawyers and some are detained in unknown locations. Of course there is concern that, overall, the detentions in connection with the state of emergency has not been implemented in compliance with the human rights principles of “necessity, proportionality, and freedom from discrimination.”

Capital: What kind of improvements are you seeing after releasing your reports?

Dan Yirga: In my opinion, we cannot say that there are improvements following the release of our continuous reporting. Especially with the case of IDPs it is very alarming.
For example, with the case of IDPs, we have been releasing certain reports on Guraferda, Somali region, different areas in Oromia region and in Benishangul region, but there are no improvements regarding the same.
So we call on the government to view our different and timely reports, and to further discuss with us and make efforts to improve such issues.

Capital: What are your thoughts on the valuation of human rights in the warzone?

Dan Yirga: Since the beginning of the conflict on October 24, 2020, many innocent people have been killed. Thousands of people have been killed and millions of people forced to flee their homes. Tragically a large number of girls, young ones and the elderly were sexually assaulted; an assault committed both individually and as a group. In areas affected by the conflict, damage and looting on public service institutions such as hospitals, schools, government offices, banks and religious institutions, property of private investors were carried out.
To this end, we have been conducting different reports. On our latest report to investigate these issues, our human rights investigators arrived in various areas of the conflict in Afar Region, South Wollo, North Shoa Zone, Oromia Special Zone of Amhara Region, South Gondar and North Gondar, North Wollo. In these areas we conducted various field inspections and investigations starting from December 18 to December 25, 2021.
As a result of this conflict, many innocent people lost their lives and on places our team visited more than 913 civilians were killed. In addition, more than 531 people have been diagnosed with serious and minor injuries. 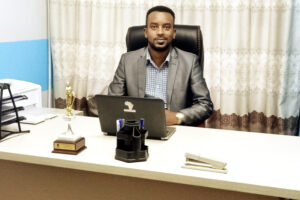 Sexual assault is one of the most serious human rights abused in the conflict, and many women (children, youth, and the elderly) fell victim to this. This sexual assault was committed by individuals and groups and according to the data collected; more than 65 women were sexually assaulted.
According to data obtained only in the areas covered by the investigation, 656,460 people have been found to be displaced. But, in general, because of the conflict in the country, nearly millions of refugees have been displaced.
Massive destruction of public service facilities in areas visited by the Human Rights Council saw us witnessing firsthand the damages and havoc caused in these areas and to this end we have been monitoring the situation with a special focus.
What we have released so far is our preliminary report and soon we will release the overall findings to the public after organizing the second report.
One of the top issues worrying us at the moment is the condition of internally displaced persons. There are lots of mobilizations to support them, which is really good but it is not enough and more needs to be done on this front since there are also places where this support has not reached. Much attention and focus should also be placed in re-settling them as opposed to only giving them temporary support.

Capital: What are your thoughts on journalists being detained in recent time?

Capital: What is your assessment of the protection of human rights in the last 3 years, the period called ‘after transition’?

Dan Yirga: There have been lots of improvements especially with regards to the changes and advancements from repressive laws through enactment of new laws. Over the transition period, independent institutions have been strengthened, political prisoners have been released, and those who were not able to come to the country for political reasons can now freely come.
However, there are a lot of gaps especially in practicing these changes. In recent times there have been a lot of killings, displacements, increase in conflicts which makes it challenging.
In this regard my recommendation is that everyone has to be part of the change. We all should work for the better protection of rights both human rights and democratic rights. Government institutions, community activists, scholars, the media, members of civil society, political parties, should do impactful work to create a solution to the current national challenges and all ought to contribute to peace and human rights in our country.