One of the popular coverage that BBC covered so far in Ethiopia is the Wollo Famine that presented horrible picture of people who died with hunger and loose there weight. Though it is a past history some westerner still picture Ethiopia in the film that they saw back 46 years ago. The man behind the story and whose name is very popular in the BBC as well in the global media is Jonathan Dimbleby. The journalist agreed that the famine was a horrible and shocking situation in the history of Ethiopia but he said that Empereor Haileselassie was not aware of the situation and did not concealed to the global world.
Last Mondy Jonathan Dimbleby came to Addis for his TV show and host a debate program.
Before the show Capital’s Reporter Tesfaye Getnet talked to him about the film he made about Wollo famine and the global media challenge and achievements. Excerpts.

Capital: When was the first time you came to Ethiopia?
Jonathan Dimbleby: I first came here in 1973. I exposed to the world the famine in Wollo because the famine was not known around the world or indeed very much in Ethiopia. There was a cover up when was it revealed. These terrible and serious horrors made a vibrant impact all over the world and a great deal of money was raised to help the victims. Politically as a result of that, Haileselassie fell from power because of the famine and the Derge as it came to power. The Derge took my film and cut it. They ran the picture of the Emperor having a good life and enjoying himself as if to say he did not care about the famine. In my own view that was very unfair because he did not know what was happening in Wollo. The famine was concealed from him as well as from the world. Anyway as result of that I was not able to come to Ethiopia a great deal during the early days of the Derg. I became critical when the Red Terror campaign started and I was then banned for ten years and came back in 1987 I was critical again and banned again but since 1991 after the arrival of Meles Zenawi I have been able to come freely like any other foreign correspondent who works here. So I followed the Ethiopian story closely for 45 years and Ethiopia is both professionally and personally very important for my life.

Capital: Do you think Haileselassie hid the famine in Wollo to create a positive spin to world?
Dimbleby: No! It think Haileselassie was unware of the famine. He was surrounded by powerful figures in the regions as well as in Addis who made it their business to conceal from him unpleasant facts and they did not want to acknowledge the truth about what was happening in Wollo because to do so would have shown them to be failing from power rather than succeeding in their position and I think that was what was happening and I do not personally believe Haileselassie was saying: “There is a famine in Wollo, no problem”. Of course not.

Capital: What feedback did you get from that story?
Dimbleby: The film was shown in the United Kingdom on the ITV network and on the BBC network and it then went to around the world and was shown in many countries and people were shocked and horrified and I think it was the first time in television such scenes or suffering had been presented. I just reported the fact the Ethiopian government at that time made up the images which were not true which was very silly. I just confirmed that they are hiding or trying to hide what was self-evident that people were hungry, that people were starving including many children that were dying and the film had the corpses on the screen.

Capital: Who told you about the famine in Wollo?
Dimbleby: I had actually a friend who was from Sri Lanka at my university who got in touch with me. She was studying in Holland and she met a group of Ethiopian students who said there is a big problem in Ethiopia and she knew I was by then a journalist and said to me “You have to follow this!” and I came to Addis. We saw the drought when my team arrived and we filmed what we saw.

Capital: Did you get permission to cover the Wollo story from the Ethiopian government?
Dimbleby: We had permission to come to the county. We had a visa and we had also a minder and he was so shocked at what he saw and said to us film what you want. When I went back to Addis the Minister of Information who was an army officer tried to intimidate me by saying; “you just are showing a bad thing and lying about our country’’ and I said “I just filmed what I saw,” I thought maybe I might not have been allowed to take the film out and in fact I was and the film was shown in October 1973.

Capital: How did Haileselassie respond to the famine broadcast?
Dimbleby: I had never met Haileselassie but after the film he went up to Wollo and the region and expressed his sympathy and I presumed that he was shocked by what he saw but it was too late for his rule because there was other agitations like the taxi drivers strike, students were protesting and the combination of that unrest that lead the radical young army officer effectively taking power.

Capital: How did filming the Wollo famine affect you emotionally?
Dimbleby: I was horrified, I had been in Africa especially in Sahel region before I came to Ethiopia and I had seen that hunger was endemic in many parts of Africa amongst the poor people. when I arrived in Wollo I was shocked by the amount of hunger and the scale of suffering and nothing was done to help the victims and there was one health worker in Dessie and a priest who tried to help the victims. I asked what I could do to help people? On one hand there was horror and shock and on the other hand there was a coup. So finally I told the fact to the world and responses helped the victims.

Capital: What makes a journalist a good reporter?
Dimbleby: I think curiosity, wanting to learn, wanting to understand to explore, being accurate in so far as much as possible, be honest, be fair, don’t be freighted to tell the truth about how you see it. If you are living in a country like UK, it is easy to say despite the pressure but in some parts of the world it is very difficult.

Capital: What are your thoughts about the development of professional journalism globally?
Dimbleby: I have been involved in an organization that has actively sought to help process development by mentoring and by advising and I think there is much greater professionalism now in journalism around the world but there are lots of problems. Having opinion is important and the journalists have the right to have an opinion but the opinion must be quite carefully related to the evidence to have validity, particularly in the parts of the world which are prone to unrest, conflict and division.

Capital: What can be done to make media more neutral and less beholden to parties, groups and investors?
Dimbleby: Instead of using the word ‘Neutral’ I would use the word ‘Impartial ‘. It is not right to be neutral about apartheid, it is not sensible to be neutral about climate change that is silly. You have to be more accurate. The BBC is impartial in assessing evidence and in presenting it to its audience of the 80 million people around the world.

Capital: Have you ever been threatened by someone who didn’t like your work?
Dimbleby: I have been treated mostly quite well by people. In some countries I have been treated quite aggressively and found myself in prison and even before I started to film or report, in some other places, I have been intimidated. But you have to learn that you have to live in that world and not to be intimidated. I learned to never get angry and if you get angry it is a problem and this is very calculated.

Capital: What would you say to inspire young journalists who face danger for doing their job?
Dimbleby: It is very difficult to give advice to the people who are living lives that I have not had to live. If I have a family and I am feeling threatened I completely understand when someone says I don’t want to bang my head against this brick wall, I don’t want to live with uncertainty and with the fear that I am going to be punished and put in prison and am going to be killed because journalists around the world are killed for trying to report. Journalists are very important in revealing the truth and that is why they are being killed. I don’t want to say to any particular journalist you should do this and you should do that and I don’t have to the authority to give advice about this issue because I understand that some journalists face a huge challenge. 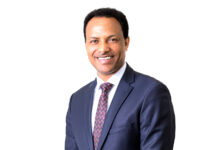 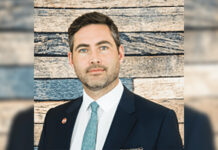 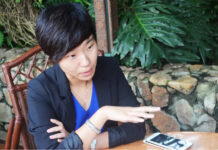 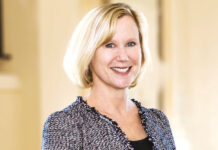 Ethiopia ready to use Eritrean ports