Ethiopia’s oilseed sector plays an important role in generating foreign exchange earnings for the country, according to the Foreign Agricultural Service of the U.S. Department of Agriculture.
In market year 2016-17, exports of major oilseeds, soybeans, sesame and Niger seeds, generated nearly 360 million US dollars in export earnings.
In addition, the report noted the oilseed sector provides income to millions of growers and other market actors along the value chain.
Market year 2018-19 soybean production is estimated to hit 120,000 tonnes, up 5,000 tonnes due to an increase in local demand for cooking oil, soy-based foods and livestock feed.
“Soybean production has more than tripled from 35,000 tonnes in market year 2011-12,” it said.
“Most of this growth in production was due to an increase in the area planted, especially from commercial farms which are few in number.
About half of total soybean production is said to come from these bigger commercial operations, some of which are rotating or inter-planting soybeans with other crops. Improved yields also contributed to production increases.”
USDA expects soybean consumption to reach 43,000 tonnes for market year 2018-19. Consumption is expected to increase due to consumer demand for more soy-based edible oil, and as the poultry sector demands more soybean meal. 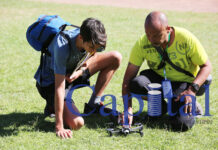