Ethiopian Airlines, the largest Aviation Group in Africa and SKYTRAX certified Four Star Global Airline, announced that it will take delivery on 5 June 2018 of its 100th aircraft, a Boeing 787-900, the 1st for an African airline to operate 100 aircraft fleet in the history of the continent, thus maintaining its pioneering aviation technology leadership role and ascertaining its leadership position in all aspects of Aviation Services in the continent.
On the planned delivery of the 100th aircraft, Ethiopian Group CEO, Tewolde GebreMariam said “It is an immense honor for all of us at Ethiopian to reach the milestone of 100 aircraft. This milestone is a continuation of our historical aviation leadership role in Africa and a testimony of the successful implementation of our fast, profitable and sustainable growth plan, Vision 2025. Ethiopian was the first to avail jet service in the continent back in 1962, and operated the first African B767 in 1984, the first African B777-200LR in 2010, the first African B787-800 Dreamliner and B777-200 freighter in 2012 and the first African A350 in 2016 and the first African B787-9 aircraft in 2017.
Ethiopian now operates one of the youngest and most modern 100 aircraft, with an average age of less than 5 years. Fleet modernization and expansion is one of the four critical pillars of our Vision 2025 strategic roadmap, in support of our fast expanding network, which has now reached over 110 international destinations covering 5 continents. 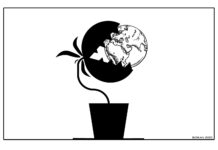 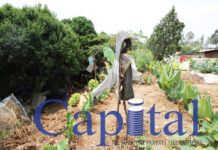 WFP appeals for $107 million to tackle food security in Tigray...