The House of People’s Representatives (HPR), in its regular meeting on Thursday June 28, approved a law on procedures of granting amnesty.
The law grants amnesty for those convicted of political offences, treasons and inciting conflicts if they applied for amnesty within the time specified in the decree.
The law establishes a board that is accountable to the Prime Minister.
Board members will be the Federal Attorney General, Minister of Women and Children Affairs, Commissioner General of Federal Police Commission, Director General of Federal Prison Administration and a judge from Federal High Court as well as two individuals to be assigned by the Prime Minister. 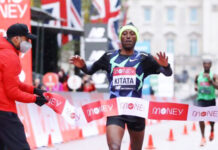