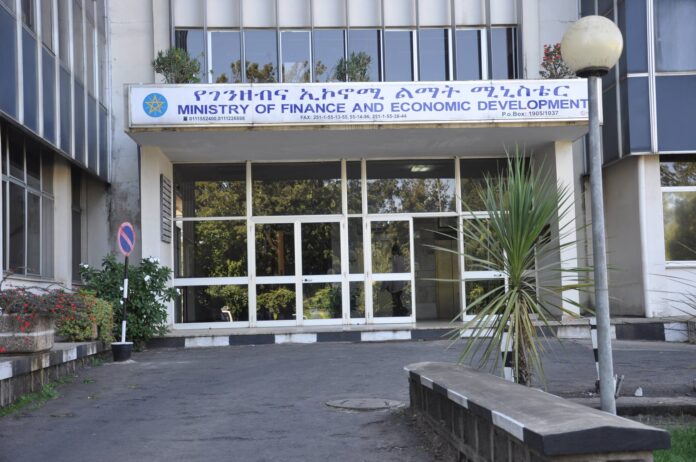 Over $362 mln is interest, commission

A total of close to USD 1.43 billion debt has been recorded as service for external creditors in the first three quarters of the fiscal year, while from the stated amount, one fourth which is over USD 300 million is interest and commission fees.
In the stated period as an eligible country of Debt Service Suspension Initiative (DSSI), the country gets a suspension of USD 199.4 million external debt service payment.
The latest Debt Management Directorate of Ministry of Finance (MoF) indicated that during the period up to March 31, of the fiscal year the total external public sector debt service that is interest and charges was USD 1.429 billion.
Out the total debt service during the last nine months, July 1, 2020 to March 31, 2021, USD 180.59 million is paid by the government while the remaining USD 1.25 billion was paid by state owned enterprises (SOE’s).
Compared with the settlement during the first six months of the current fiscal year in the third quarter only additional USD 438 million debts has been serviced for external creditors. In the six months period of July 1 to December 31, 2020 USD 991 million was service that expanded to more than USD 1.4 billion in total during nine months of the fiscal year.
From the total debt service amount USD 708.3 million and USD 540.4 million was settled by government guaranteed and non-government guaranteed SOEs, while the balance USD 180 million debt service by the government.
Of the total USD 1.43 billion debts service, USD 362.5 million or quarter of the total debt service is interest and commission. The major share of interest and commission service or USD 173 million went for government guaranteed debt and followed by central government of USD 109.3 million.
“The country is one of the eligible countries for the G20 DSSI and has signed MOU with Paris Club secretariat on the DSSI related to the Paris Club Countries; currently we are not making any external debt service payment for our bilateral creditors of central governments as per the G20 DSSI,” the MoF bulletin released late this week states.
During the period (May 1 ,2020 – March 31 ,2021) as an eligible country of DSSI initiative, has suspended the external debt service payment of central government to its bilateral creditors amounted to USD 199.44 million.
The DSSI is aligned with the effect of the COVID-19 that the World Bank and the International Monetary Fund initiated G20 countries to support poorest countries by debt suspension to mitigate the effect of the global pandemic.
In all, 73 countries are eligible for a temporary suspension of debt-service payments owed to their official bilateral creditors.
The DSSI is helping countries concentrate their resources on fighting the pandemic and safeguarding the lives and livelihoods of millions of the most vulnerable people.
According to MoF, nine months government debt assessment, total public sector debt that are external plus domestic stock stood at USD 53.9 billion, compared to revised June 30, 2020, debt stock which was USD 55.1billion.
It explained that the total public debt in terms of USD declined; as a result of decline in domestic debt in terms of USD due to relatively higher rate of depreciation of birr against USD, while in terms of birr the total domestic debt increases compared to June 30, 2020.
Out of the total public sector debt outstanding USD 31.2 billion which is about 58 percent is owned by central government the remaining USD 22.7 million (42 percent) is owed by SOE’s.
As at March 31, 2021 total public sector external debt amounted to USD 29.36 billion compared to June 30,2020 USD 28.9 billion.
“The increment in external total public debt compared to June 30,2020 can be partly explained by exchange rate variation of USD, a relatively higher depreciation of USD specially against (special drawing rights) SDR and euro,” the bulletin argued.
Out of the total over USD 29 billion external debt, 65 percent is owned by central government while the remaining 36 percent is owned by SOEs with and without the government guarantee.
The central government external debt amount is USD 19.1 billion birr and USD 3.48 billion is for non-government guarantee SOEs that are Ethiopian Airlines and Ethio Telecom.
The total public domestic debt as at March 31, 2021 amounted to USD 24.5 billion compared to June 30, 2020 USD 26.3 billion (Domestic Debt in terms of USD declined as a result of a relatively higher rate of depreciation of ETB against USD) while in terms of birr, during the period, total domestic debt increases to over a trillion-birr compared to 919 billion birr of June 30, 2020.
Out of the total domestic debt the share of central government is about 49 percent while the 51 percent is that for SOE’s.
During the nine months over USD one billion total external public debts have been disbursed.
During the period, net issuance of T-Bills with different maturity was about 45.98 billion birr, while the net issuance of direct advance was 22.5 billion birr.
Similarly, the net borrowing of SOE’s from domestic source is about 28.35 billion birr.