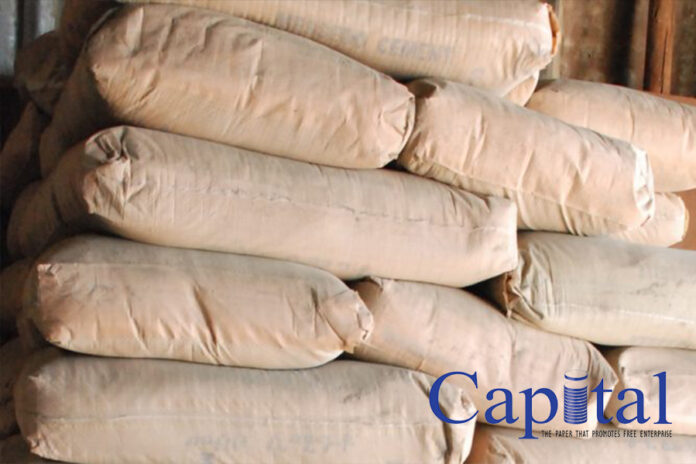 While the government is working to solve the problem with the cement market, traders continue to distract the already disturbed market by selling a quintal of cement up to 800 birr.
The illegal increasing price of cement in the open market has sparked challenges on the construction industry. The government is a taking number of steps to improve the supply chain and increase the price of cement which is the main impute for the construction sector. Capital has observed that by night time in different parts of the country, cement wholesalers are selling cement up to 800 birr per quintal.
The government has set a factory production price for the 12 listed cement factories ranging between 233 birr and 300 birr to control the illegal brokers.
In an attempt to solve the chronic shortage of cement in the market in a sustainable manner, the Ministry of Trade and Industry has been working for more than one month by assigning overseers at the factories to control their operation, and has organized taskforces in each cities as a control measure by mayors, said Kassa Alamrew, acting head of public relation at the ministry. However, he sensitized that the problem is deep and it is difficult to solve the problem by control unless the problem with supply is solved, hence surge in price unfolds from time to time. 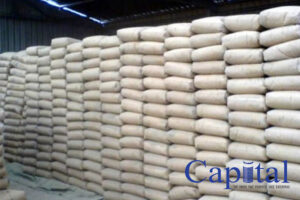 Most of the stake holders claim that there is little control measures taken by of government on the market, and they state this as the main problem to the price spike. Cement producers on the other hand are tackling a long list of challenges including, unfavorable supply-demand balance, higher cement prices, escalating production costs, low utilization rates, social unrest, and a lack of foreign currency.
“The government has shown a strong determination to create a conducive business environment,” stated on of the cement producers.
Cement is well known as the back bone of the construction world an in similar fashion Ethiopia is a typical heavy-consuming cement market. However, the Ethiopian cement production had proven insufficient in meeting demand. In previous years through the development of the construction industry, massive public investment and infrastructure projects have increased the demand and consumption of cement.
After asking manufactures to set constant prices and pursue their distributers, the ministry has set a standardized price one month ago. According to the list 233.45 birr is the lowest price set from Derba cement, while 300 birr is the highest price from Ethio cement factory.
Last summer, due to the shortage of production, in the retail market cement had been sold up to 600 birr per quintal. Different stake holders in the sector have pin pointed that the price hike has been caused majorly by the rise of illegal brokers and the inefficient control of the government on the market. Moreover, in an attempt to solve the chronic shortage of cement the ministry has also allowed companies who had Diaspora account to import cement to sustain the market. Additionally the government has allocated 85 million dollar to alleviate the shortage of spare parts in the factory.
According to the Ministry of Trade and Industry, the shortage is mainly due to lack of spare parts, power outages, lack of inputs, lack of leadership and professional skills, security problems, supply of raw materials, amongst other problems.
Currently, there are about 12 cement factories in the country with 345,000 tons of production capacity per day.