Different associations in the coffee business are going to merge as a single entity to boost the benefits in the sector, but some are opposing the idea.
Currently there are several associations in the coffee sector; such as coffee exporters associations, coffee growers and processers association, coffee suppliers association, women in coffee and coffee roasters associations.
Coffee sector actors stated that if interested groups run in different paths the sector will not improve and they could not attain the benefit that they are supposed to get from it.
It claimed that if they collaborate and form a single and strong interest body they can benefit and the sector actors including the wide farmers would benefit highly.
They argued that the benefit from the coffee sector reform brew fruit after an all rounded discussions were conducted that indicates that the associations have to work together.
Ethiopian Coffee Associations’ Alliance/Federation would be the name of the association that would manage the associations under its umbrella in the coming two years and in the stated period the association will be dissolved.
Hussien Ambo, President of Ethiopian Coffee Growers, Producers and Exporters Association said that dissolving these legal entities needs time and that is why they will continue to operate in the coming years.
“So far we drafted a memorandum of association and memorandum of article to realize the association and it may be real in the coming few weeks,” he told Capital. He added that all actors including farmers will be members of the new body.
Few years ago the coffee sector has been in massive reform under the leadership of the Office of the Prime Minister and included all actors involved on the bean business, research and administration.
One of the results under the reform is the re-formation of the separate government body for the coffee sector, which is historically a hard currency source for the country and major export item, Coffee and Tea Authority. “Since then the sector get more attention by the government,” the sector actors said.
According to sources, currently the coffee sector associations are revising the way on how to go ahead with the formation of a single body that represents all the coffee business and its interest.

According to Minilik Habtu, President of Ethiopian Roasted Coffee Exporters Association and General Manager of Typica Specialty Coffee Exporter, he expected the single association to become a reality in the coming two months.
He said that the issue was in discussion for years to form the single body that will include business actors in the sector.
“By default several coffee traders are coming as a single body representing their businesses,” Minilik told Capital. “For instance there is several green coffee exporters that are also engaged on roasting or farming that makes their interest is interlinked with different associations on the coffee sector. So if the single association becomes effective their interest will get attention perfectly.”
“As far as my knowledge most of our members are welcoming the idea,” he added.
Sources in the sector told Capital that under the reform about three years ago the issue was discussed and even few months ago under the Macroeconomic Reform program that is held under the PM Office the progress regarding this was one subject.
“The government is eager to see a single association for the sector,” a source said.
“The merger of the associations might help us to be strong and work for the benefit of the sector with government policies and laws,” a source told Capital.
According to the sector actors the experience of other countries shows that one and strong association is effective than weak and many associations.
“If you see Brazil, Colombia or Kenya there were not a single association before but on process they merge and will work for the benefit of themselves strongly,” Minilik said on his part.
We all are working on the same bean so we have to work together and all the problems are interlinked so if we work together problems will be solved. For instance we are roasters and we need quality and standard product to export to the international competitive market so we have to have stake from the grassroots’ level.
At the same time there are actors engaged in the coffee business that oppose the idea of the merger of different associations to become one for different kinds of reasons.
They claimed that the idea of forming a single coffee association will disburse the motive and interest of every association. “When all problems are looked under a single body that might reduce adequate attention for problems in different sectors,” one coffee exporter told Capital.
“My interest could not be similar with producer or supplier so the problem that I face may not get the proper attention,” the exporter said.
“I have concerns on the new process to merge the coffee associations” one of the pioneer roasting company representatives told Capital.
He shared the idea of the green coffee export who argued that the new idea might reduce the attention on his sub sector problem.
Capital has learnt that members of different associations in the sector are sharing their views about the restructure of their association into single body that the coffee authority is overlooking. 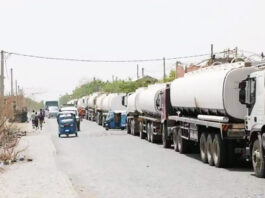 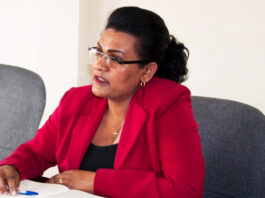