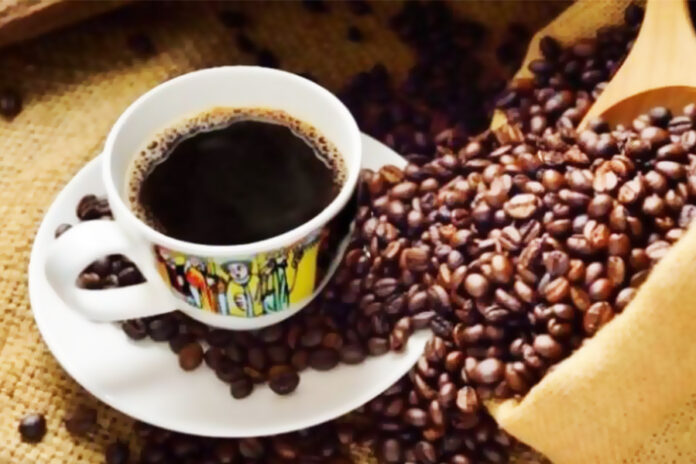 Ethiopia amasses an extra USD 120 million from coffee export during the first quarter of the budget year surpassing its projection.
In the first three months of the 2021/22 budget year the country has earned additional USD 120 million or over half of the target from the coffee export against the amount that the Ethiopian Coffee and Tea Authority (ECTA) set to attain.
“We have earned USD 330 million in the first quarter of year,” said Adugna Debela(PhD), Director General of ECTA, adding, “It shows that it would be easy to surpass a billion dollar earnings in the full year.”
The global coffee price is surging in the past few months because the biggest producer and exporter of the bean, Brazil has been affected in its harvest this season.
Due to that the performance of Ethiopia that also registered marvelous achievement in the past budget year from coffee export has continued to maintain newer records for this year too.
For instance in the first month of the budget year that started July 8, the authority had projected to export 21,340 tons of coffee but actually it attained to ship 31,146 tons and earn USD 115.5 million that surpass the target by 146 percent and 161 percent in volume and value respectively. 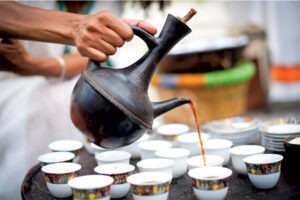 Similarly, the July performance has shown increment of 64 percent and 81 percent in volume and earning respectively compared with the same period of last year.
The authority is aggressively working to expand the high quality coffee, which is the major hard currency source of the country and well known by its quality and flavor, output ranging up to grade 3 than commercial coffee. In this regard in the 2019/20 budget year, high amount of quality coffee was exported than commercial coffee, which took the lion’s share in the past experience.
According the Director General, the price surge in the global market will not be a threat for Ethiopian exporters to default on their contract.
Meanwhile, it has been observation that contract default has occurred in other markets because of the volatility of the commodity price globally. The Ethiopian authority underlined that it would not be allowed in Ethiopia unless mutual agreement of both sides from exporters and buyers are reached.
“We are providing weekly price range assessment for our exporters that shall help them to analyze and tag their rate, due to that we don’t consider potential contract default could occur,” he explains, adding, “While a year old contract administration directive is not also allowed to terminate the contract and we did not see any compliant in related with default.”
“The weekly minimum price range that benchmarks and includes the global market shall enable to make the default almost zero. The market weekly information helps exporters to boost their capacity on price negotiation with international buyers,” he told Capital.
“We have to use this opportunity and make available quality coffee to earn significant revenue in the current and coming years as well,” he added about the current price surge in the global market that is expected to be continued in the coming months.
Global forecasts that were estimated by different observers including the International Coffee Organization (IOC) indicated that the price of the bean will increase more in the coming months because of the mismatch between demand and supply that is expected to make Ethiopia a beneficiary.
According to IOC monthly coffee market report in September 2021, coffee prices reached new record highs as the monthly average of the ICO composite indicator price was 170.02 US cents/ pound (lb), an increase of 6.2 percent as compared to 160.14 US cents/lb in August 2021. “These price levels during coffee year 2020/21 confirmed a net recovery from the low levels experienced over the last three coffee years. The coffee market continued to be driven by weather in Brazil and by Covid-related disruptions affecting trade in Asia,” it said.