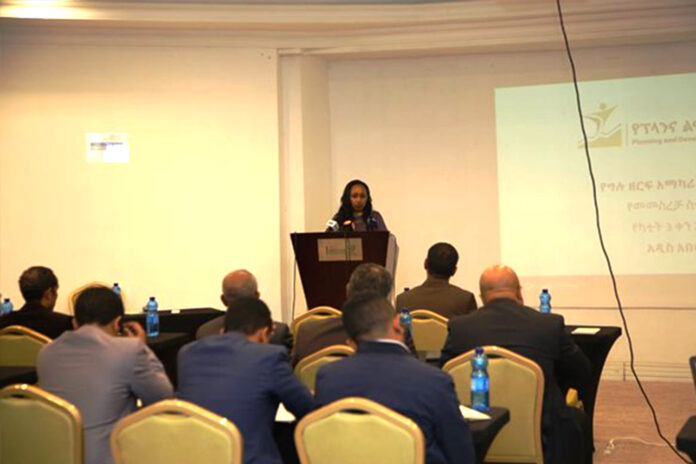 The Private Sector Advisory Council (PAC) that is expected to involve in government policy formation as well as in the business engagement is formed by the initiative of Planning and Development Commission (PDC).
The tabled documents for the formation of the new council indicated that it would have aims to review and enrich long term and reform plans and programs with a suggestions of the alternatives, propose alternative ways that will enable the flow of information from the private sector to policymakers and vice versa, propose areas to strengthen private sector participation in areas like streamlining public private partnership and other areas.
The council would have monthly meeting co-chaired by chairperson of the council and commissioner of PDC.
Experts argued that even though the country’s economy achieved significant growth in the past decade and half the role of the private sector was very limited, which is considered as a challenge to proof the continuity of the growth.
“The role of the private sector in the economy was stated in a manner in the past but now it has to be classified by investment, access to finance, job creation and others that would enable to create the growth path properly,” experts said.
Endalkachew Sime, Senior Advisor at the Commission said that within a couple of decades the economy boosted significantly and has become the biggest economy in the region but it is now in challenge that should get immediate solution.
“Now it should focus on transferring from equity based growth pattern to efficiency and competitiveness, mainly fill the demand of the market from local source than import dependent economy,” the Senior Advisor, who has been severing in the private sector consultation for many years, told Capital.
Fitsum Assefa, Commissioner of PDC, said at her opening speech that structural transformation is crucial to realize the shift so that the private sector should involve as key player, due to that the commission as its responsibility is working on planning and coordinate stakeholders for execution of the economic transformation.
“Now it is looking in detail how the private sector will support the target with new approach. For instance the second Growth and Transformation Plan stated that the private sector is the engine for the country’s economic growth but when it comes in reality it was not. So now the commission is working how to handle and engage with the private sector for the departure of the economy on the expected path,” Endalkachew explained.
“The initiative is to encourage, enable, empower, create and effective private sector actors in diverse sectors of the economy to participate and contribute to the planning process by providing their respective perspectives, comments, and advises on pragmatic issues that potentially help the formation of a realistic plan with higher chances of implementation through ownership,” the term of reference (ToR) for the formation of PAC stated.
At its introduction part it indicated that one of the strategic platforms of PDC is formulating to strengthen strategic partnership of the private sector.
“Engaging the private sector in the policy formulation process will be guided by principles with multitudes of engagements to be worked out in the future,” it stated.
It added that PAC will serve as a partnership platform between PDC and the private sector for the common goal of having an all rounded and pragmatic planning and implementation follow up process that PDC envisages.
The ToR indicated that unlike the past, the future drivers of the economic growth are expected to be the private investment particularly in the real sector and efficiency in economic management.
Members of the council would be local private sector players, while at the founding meeting 12 private sector representatives including three members from the federal and Addis Ababa Chamber of Commerce and Sectoral Associations, Asfaw Alemu, President of Dashen Bank, Zafu Eyesuswork, insurance sector guru, Seyoum Bereded, President of ICT Association, Tsedeke Yihune, Founder and CEO of Flintstone Engineering, Bethlehem Tilahun, Founder and Executive Director of soleRebels, and others have been called.
According to the organizers, some of the initial founders were unable to appear at the meeting, due to different reasons.
Endalkachew predicted that the members of the council will be increased and would be determined in the coming few weeks but further meeting will be held in the coming weeks.
The ToR has also stated that the council would ensure the participation of research entities and private media houses.
Endalkachew explained that the selection of the private media is it is closer for the private sector understands them.