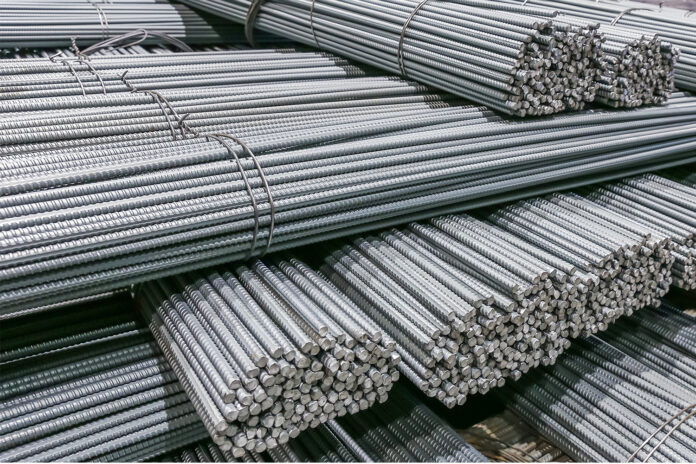 The Ethiopian Construction Works Corporation (ECWC) announced that its rebar dumped at Djibouti port for almost half a year is now being moved to the country.
It has been stated that there were high amount of rebar and wire rod raging from 6mm to 32mm stored in the port area at Djibouti, because the corporation was unable to access finance for the settlement of customs duty and transit.
Tinfu Muche, Public Relation Head of ECWC, said that transporting the product from Djibouti was delayed because the state owned corporation was unable to pay the duty and maritime transit fee.
Meanwhile Tinfu did not give confirmation, sources said that the Corporation had asked the Ethiopian Customs Commission (ECC) for credit service to import the product, but ECC denied the request.
Tinfu told Capital that now the Commercial Bank of Ethiopia disbursed the long awaited 500 million birr loan to settle the stated clearance fees and now the product, which will be an input for developmental projects that the corporation handles, is being transported in the country.
“The product and loan disbursement impediment have been also known by the Office of the Prime Minister and now the rebar that is 15,400 metric ton is being transported from Djibouti,” he added.
“We expected the product that consumed USD 8.5 million will be transported in a month time,” he said.
Tinfu said that such kind of volume would not be available locally and on the aim to solve the rebar scarcity and improve the system ECWC imported the bulk product. “The product will cover the project demand for the coming two years,” he explained.
Initially the corporation awarded the supply of about 10,000 metric ton for local manufacturer, Steely RMI, in 2018 but the company was unable to import the product on time due to lack of foreign currency to import billet which is used as a raw material.
About a year ago the corporation has again floated and awarded the bid to a Turkish company. At the time there were a claim that the foreign currency that would be paid for the foreign suppliers can be used to import raw material for local industries, that can supply the product for ECWC.
The sector actors argued that the local manufacturers have over capacity compared with the local demand; however the foreign currency shortage forced them to run significantly under their capacity. On the other hand rebar users are still accessing the foreign currency to import the finished material at the cost of local producers who holds tens of thousands of labour.
Bekele Desta, Basic Metal Technology Development Directorate Director at Metals Industry Development Institute (MIDI) told Capital that the steel industry has 8 million metric ton production capacity per annum; and the rebar sector took the lion’s share and stood at 5 million metric tons.
“Even though the capacity is very high because of lack of input the actual rebar production is limited to about 400,000 metric tons, which is less than 10 percent from the actual capacity,” he added.
Bekele said that currently the country’s rebar demand is 700,000 metric ton per annum, “the finished product imported per annum is equal with the local production.”
In an evaluation meeting held on Thursday August 27 on MIDI’s last year performance and strategy for the current budget year the issue was raised by the institute.
At the meeting unfair LC allocation at banks is stated as a major challenge for the manufacturing sector.
“It is well know that the local rebar industry has huge capacity that can compete in the continent not only on quantity but quality level, but finished good importers have better access of foreign currency than industrialists,” Tilahun Abay, Planning, Policy Study and Information Management Directorate Director at MIDI said.
“In real terms the manufacturers should get attention and support but on the ground they are neglected from accessing foreign currency to import raw material,” he told Capital.
In the last budget year rebar importers have secured USD 303 million from banks and they imported 529,000 metric tons, “meanwhile local manufacturers accessed only USD 141 million in the same period, which is less than half of the amount that finished product importers secured,” Tilahun said.
“It is very disappointing,” he added.
Tinfu stated that the foreign currency is secured by an approval from the National Bank of Ethiopia.
Tinfu declined the claim that the Corporation is formed for profit, “if there is a problem on the procurement process there is a space to file the case for Public Procurement and Property Administration Agency, a regulatory body for federal government procurement, so far there is not any.”
The Public Relation Head argued that the bid was international, under the country regulation and locals participated, while the foreign bidder won the bid.
In the current budget year ECWC has awarded projects worth 20.7 billion birr that needed the supply of ample material to run under schedule, “totally we have a project worth 47.7 billion birr that needs massive supply.”
Regarding local suppliers he argued that they have got a chance but were unable to meet the timeframe, while local industries refute the argument and said that they were performing properly if the foreign currency was available properly.
“Beside that there have been different problems like volatile price and slow supply faced when we buy products from local sources on limited volume. On the aim to alleviate the problem the management of ECWC evaluated the situation and tabled the solution for relevant government body for approval,” he explained.
“Based on the direction of the government we have introduced bulk procurement that will feed projects without gap,” he added.
ECWC is established in 2015 with the amalgamation of Ethiopian Road Construction Corporation, Ethiopian Water Works Construction Enterprise and Ethiopian Prefabricated Building Parts Production Enterprise.