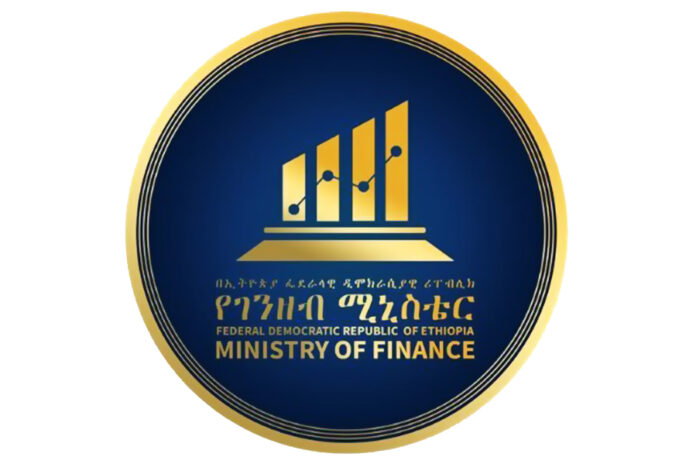 The development partners’ disbursement during the 2019/20 fiscal year increased by 20 percent compared to the preceding year, a new report of Ministry of Finance (MoF) reveals. Because of the debt burden, the infrastructure sector disbursement has declined in the second Growth and Transformation Plan (GTP II).
During the stated period development partners disbursed a total amount of USD 4.7 billion for 317 projects/programs implemented with the government, which resulted in the achievement of international commitments, 2030 agenda of Sustainable Development in general, and home grown economic reform agenda.
Meanwhile, there was the amount mentioned on the above during the period in total USD 5.5 billion was disbursed by development partners to several ongoing projects/programs.
However, as per Ethiopia’s SDG Need Assessment (2019), between 2020-2025 official development assistance (ODA) amounts of USD 8 billion per year (on average) is required to meet the Sustainable Development Goal (SDG) financing need, according to MoF report.
The disbursement during the reporting period increased by 20 percent when compared to 2018/19 fiscal year (USD 3.9 billion) and by 75 percent when compared to 2010/11 fiscal year (USD 2 billion).
The 9th annual development cooperation report of MoF indicated that generally, during the GTP II period disbursement increased on average to USD 3.6 billion from of USD 2.8 billion an average disbursement during the GTP I period.
It added that during the GTP II period, the economic sector disbursements has doubled, which is mainly due to support to the economy through policy reform program from International Development Association (IDA), France, Germany, and USD 3.38 billion disbursement for 110 agriculture sector’s new programs/ projects.
“Additionally, disbursement to one of the core drivers of the economy, the industry sector, also increased by three-fold. During this period, disbursement to the service sector (water, health, and education) overall increased by 7 percent when compared to GTP I,” it explained.
On the other hand, the disbursements made to the infrastructure sector (energy and transport) decreased, which is mainly due to a decline in China’s disbursement to the energy sector programs especially between 2016/17 and 2018/19 fiscal year.
This decrease in disbursement was due to Ethiopia’s debt burden to China. But while that remains true, all multilateral maintained their disbursement for the sector during this period.
In terms of fragmentation of development cooperation, Herfindahl Index indicated that aid to Ethiopia is fragmented that Ahmed Shide, Minister of Finance, underscored on his message at the report that development partners to support to ease the fragmentation on the aim to attain reduce unnecessary costs and to focus on achievement of execution on higher level.
The report said that aid fragmentation has been slightly improving from 0.13 in 2010/11 fiscal year until it reaches 0.23 in 2017/18 despite a decline to 0.15 in 2019/20, which is the last year of GTP II.
Similarly, the composite index indicates that, agriculture sector is the most fragmented sector. “It shows agriculture sector is the sector with the highest number of intervention and development partners since it maintained 103 programs and 24 development partners, during the reporting period,” it explains “Therefore, a great effort is required to ensure lower program transaction costs if development cooperation funds are to be effectively utilized and deliver results.”
During the 2019/20 fiscal year, twenty-five development partners signed a new program and project financing agreement with the government to implement 115 programs/projects with a total amount of USD 3.6 billion.
Among those 77 projects with USD 3.2 billion were new while 37 projects/programs with USD 506 million were additional financing for ongoing programs and projects. Out of the total commitment, 53 percent was a grant, 43 percent loan and the rest 4 percent was technical assistance.
Multilateral and Bilateral institutions provided 56 percent and 44 percent of the total commitments respectively.
During the period, USD 5.5 billion was disbursed by development partners to several ongoing projects/ programs.
Out of that total amount, USD 4.7 billion was for 317 projects/ programs implemented by the government along with 36 bilateral and multilateral development partners. While the rest of USD 0.8 billion was disbursed through NGOs and state actors of humanitarian activities like National Disaster Risk Management Commission.
Disbursements, which channeled through the government, were 4.4 percent of the GDP. The report explained that the increase in disbursement during the fiscal year was mainly due to the disbursements made to the development policy reform financing from the World Bank (WB), France and, Germany, as well as due to the disbursements for COVID-19 policy responses made from International Monetary Fund and WB.
Out of the total development assistance channeled through the government (USD 4.7 billion), USD 2.6 billion or 52 percent was channeled through the government treasury. Out of the total development assistance channeled through treasury (USD 2.6 billion), USD 1.4 billion was direct budgetary support for the second Development Policy Financing and COVID-19 policy response from multilateral and bilateral partners mentioned above. The remaining USD 1.2 million was for 13 channel one programs.
Multilateral and Bilateral development partners disbursed a total of USD 3.5 billion (74 percent) and USD 1.3 billion (26 percent) for the implementation of 167 and 216 programs/projects respectively.
It said that bilateral development partners’ disbursement has increased by 20% when compared to that of the previous year. This is mainly due to an increase in disbursement for Chinese programs/projects, which were held back due to Ethiopia’s debt burden. And also due to new disbursements from France and Germany for policy reform financing.
International Financial Institutions (IFIs) disbursement similarly shows an increase of 22 percent when compared to 2018/19 fiscal year, while UN agencies and EU contributes 4.4 percent and 2.4 percent respectively.