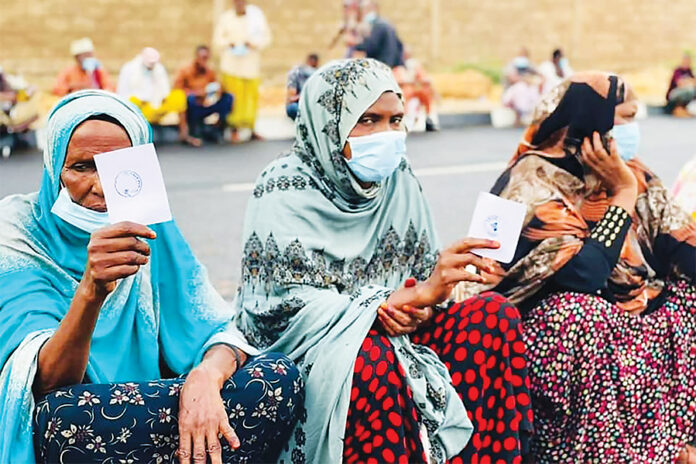 On Thursday September 30, 2021the National Electoral Board of Ethiopia held the 6th national election in three regions where elections had been delayed.
The vote took place in the Somali region, where registration irregularities delayed voting and Harari, where registration issues and a legal dispute caused delays and the Southern Nations, Nationalities, and Peoples’ Region (SNNPR), where ballot and security issues delayed polls.
A total of 7.6 million people have taken part in the election from the three regions with 47 constituencies for the house of people representative seats and 105 for regional council. About 20 political parties and 2569 observers had participated in the election.
The Chairman of the National Electoral Board of Ethiopia, Birtukan Mideksa, said an overall peaceful election was held with certain complaints submitted to the Board by civil society organizations.
Pictured above are people lining to cast their ballot in Somali Regional State.