Abiy Ahmed, Prime Minister, on his appearance at the parliament for ratification of the budget for 2020/21 states that the economic reform agenda introduced since 2018/19 budget year has enabled to get changes in the past two years.

The reformist prime minister and his team that came to power in April 2018 has introduced a three year economic reform to correct some mismatches in the economy.

He said at the parliament that the reform agenda brewed fruit in the macroeconomic and productivity sectors of the economy besides relaxing the debt stress and budget gap. 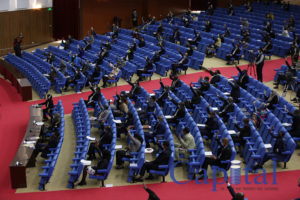 “In the past the country faced a wide budget gap and high debt risk that forced us to suspend access to finance,” PM Abiy told parliament.

To change this, the government have introduced home grown economic agenda that target to improve macroeconomic imbalance, structural problems, and focus on more productivity on areas that have potentials, he said.

“From this target in the past two years we have been working to improve the high debt risk status to medium that we have achieved,” PM Abiy said.

The Ministry of Finance ‘Public Sector Debt Statistical Bulletin’ issued in March indicated that the first six months of debt status shows that the country’s external debt stood at 28.7 percent of the GDP as of December 31, 2019 and the country external debt is close to USD 27.7 billion until the stated time.

“Because of the reschedule we have got a relief and enabled us to use resources for other developmental projects,” he explained. 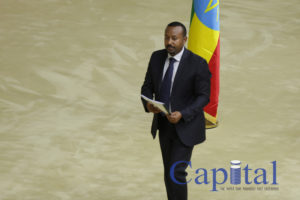 In the past, most of the mobilized resources were allocated for public projects that discriminate and exclude the private sector to play its part for the country growth. He said that this is now changing.

PM Abiy said that aiming to increase productivity in the agricultural sector the government has been undertaking several changes. “Increasing the supply of agricultural inputs and importing all type of agricultural machineries on duty free basis is part of the reforms,” PM Abiy explained.

“Facilitating ways to make finance available for small holder farmers is also part of the change that would allow farmers to equip with required technologies in the sector with relaxed loan conditions,” he said.

In the mining sector the gold revenue has changed because of policy improvement at National Bank of Ethiopia.

PM Abiy said that Ethiopia’s nominal GDP has been 2.2 trillion birr (USD 85 billion) two years ago that has now reached 3.4 trillion birr, which is USD 100 billion.

For the year the parliament has approved 476 billion birr for the budget year that started as of July 8.

For agriculture and irrigation sector the government has allocated 33.4 billion birr with increment of more than 12 billion birr compared with two years ago. 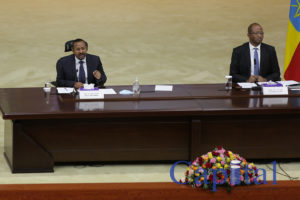 The reformist government has also given more attention for irrigation as additional source of water for the farmer. In the budget year about 10,000 water pumps were imported duty free and for the new budget year 16 billion birr is allocated for major irrigation projects.

At the same time the road sector, which is the leader in securing the biggest budget for the past two decades, has secured more than 58 billion birr that has an increment of 30 billion birr compared with the 2017/18 budget year.

Regarding COVID 19 PM Abiy said that the government is undertaking holistic measures to manage the pandemic. He shows that the pandemic that affects billions of people in the world may be more dangerous if it expanded in Ethiopia because of its limited capacity in every direction. So far in Ethiopia over 7,400 people have tested positive for corona virus and more than 124 citizens lost their life.

“The virus has effects in every condition including the economy and we could not follow lockdowns that other countries tried to do but follow our own way,” he said.