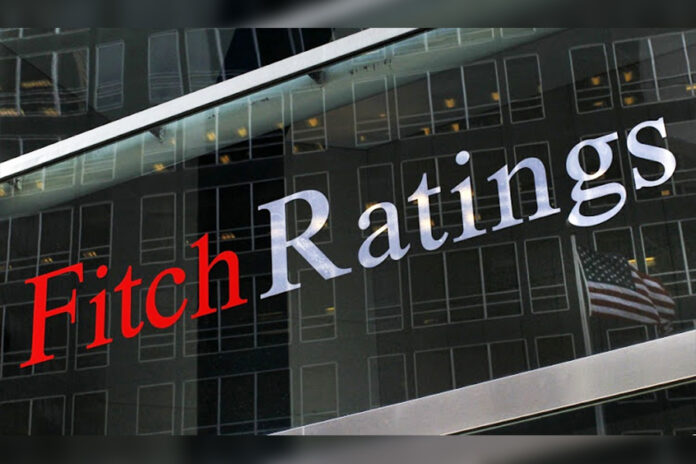 Fitch Ratings has downgraded Ethiopia’s Long-Term Foreign-Currency Issuer Default Rating (IDR) to ‘CCC’ from ‘B’ in relation with the government announcement that it is looking to make use of the G20 “Common Framework for Debt Treatments beyond the Debt Service Suspension Initiative (DSSI)” (G20 CF).
The rating firm said the expected new telecom licenses and a stake sales in Ethio Telecom are an upside risk to foreign direct investment (FDI) inflows and foreign exchange reserves.
Due to the coronavirus pandemic effect on poorer countries it was recalled that the World Bank and the International Monetary Fund urged G20 countries to establish the DSSI that is helping countries concentrate their resources on fighting the pandemic and safeguarding the lives and livelihoods of millions of the most vulnerable people.
Since it took effect on May 1, 2020, the initiative has delivered about USD 5 billion in relief to more than 40 eligible countries. The suspension period, originally set to end on December 31, 2020, has been extended through June 2021.
On its statement, the Ministry of Finance disclosed that Ethiopia has signed a Memorandum of Understanding with the Paris Club under the auspices of the G20 “DSSI”, as amended in December, and negotiated similar debt service suspension agreements with its non-Paris Club bilateral creditors.
“The Ministry of Finance is confident that the possible implementation of the debt treatment under the Common Framework will address the debt vulnerabilities of the country, while preserving long-term access to international financial markets, thus unlocking more growth potential,” the statement added.
It has also added that in November, the G20 adopted a CF for debt treatments beyond DSSI, designed to facilitate timely and orderly debt treatment for DSSI-eligible countries with broad creditor participation.
Fitch, one of the first three rating agencies that rate the country, stated that the downgrade reflects the government’s announcement that it is looking to make use of the G20 “CF DSSI” (G20 CF), which although still an untested mechanism, explicitly raises the risk of a default event.
The G20 CF, agreed in November 2020 by the G20 and Paris Club, goes beyond the DSSI that took effect in May 2020, in that it requires countries to seek debt treatment by private creditors and that this should be comparable with the debt treatment provided by official bilateral creditors.
“This could mean that Ethiopia’s one outstanding Eurobond and other commercial debt would need to be restructured, potentially representing a distressed debt exchange under Fitch’s sovereign rating criteria,” the latest rating of the New York based firm explained.
But it said that there remains uncertainty over how the G20 CF will be implemented in practice, including the requirement for private sector participation and comparable treatment, “Fitch’s sovereign ratings apply to borrowing from the private sector, so official bilateral debt relief does not constitute a default, although it can point to increasing credit stress.”
It added that within the context of Paris Club agreements, comparable treatment requirements are not always enforced and the scope of debt included can vary.
The Paris Club states that the requirement for comparable treatment by other creditors can be waived in some circumstances, including when the debt represents only a small proportion of the country’s debt burden.
It said that the focus of Ethiopia’s engagement with the G20 CF will be on official bilateral debt, as re-profiling of this will have the biggest impact on overall debt sustainability. Nonetheless, the terms of the framework clearly create risk that private sector creditors will also be negatively affected.
Fitch said that Ethiopia’s external finances are a rating weakness and this is the main factor behind the intention of using the G20 CF. It complicated that persistent current account deficits (CAD), low foreign exchange reserves and rising external debt repayments present risks to external debt sustainability, “Ethiopia’s external financing requirements, at more than USD 5 billion on average in this and next fiscal year including federal government and state owned enterprises (SOEs) amortization, are high relative to foreign exchange reserves, which we forecast to remain at around USD3 billion. Reserves cover only around two months of current external payments.”
While the rating firm said that the CAD narrowed to 4.1 percent of GDP in the 2019/20 fiscal year as imports declined, maintaining the trend since 2014/15 fiscal year when the CAD was 12.5 percent of GDP.
The firm forecast the CAD to hover around 4 percent of GDP, although this does not incorporate potential import costs associated with vaccines to combat the coronavirus pandemic.
Despite the CAD consist smaller the firm said that it has not eased pressure on foreign currency reserves because net FDI has been lackluster (averaging 2.7% of GDP in the past two fiscal years) and net external borrowing has moderated with negative net borrowing by SOEs.
It also reminded that the central bank has allowed sharper exchange rate depreciation, but the currency nonetheless remains overvalued, with a weaker rate in the parallel market. Proposed sales of mobile licenses and a stake in Ethio Telecom, the state-owned telecoms company, are an upside risk to FDI inflows and foreign exchange reserves in the current and next fiscal year.
MoF had stated that Ethiopia has already been very active in undertaking proactive liability management exercises in the past few years and intends to keep managing its public and quasi-public debt portfolio in the most prudent way.
The extent of debt treatment required will be based upon the outcome of the IMF’s Debt Sustainability Analysis for Ethiopia, which is currently being updated.
The bulk of Ethiopia’s public external debt is official multilateral and bilateral debt. Government and government-guaranteed external debt was USD 25 billion in the last fiscal year.
Of this, USD 3.3 billion was owed to private creditors. This includes Ethiopia’s outstanding USD1 billion Eurobond due in December 2024, with minimal annual debt service of USD66 million until the maturity; and USD2.3 billion government-guaranteed debts owed to foreign commercial banks and suppliers. The debt to private creditors which relates to Ethio Telecom and Ethiopian Airlines is a further USD 3.3 billion, while this is not guaranteed by the government.