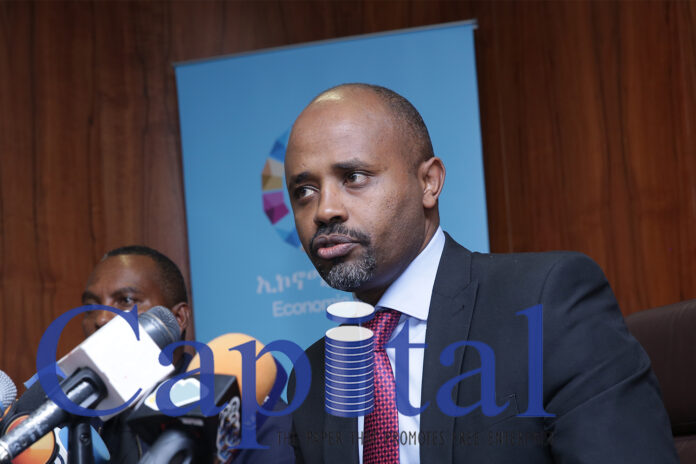 Ethiopian exporters are claiming that they are defaulting their contracts forcefully due to liquidity crunch at banks.

Eyob Tekalegn, State Minister of Finance, told Capital that the government has pumped additional nine billion birr to the banks by Friday January 17 through the National Bank of Ethiopia (NBE).

Exporters said as the usual trend the export sector is using pre shipment revolving scheme of banks to buy commodities for their export and at the same time loans under the scheme has been approved.

“But when it comes on the disbursement it has become difficult to get the finance,” they claimed.

According to sources, mostly the reason stated by financial institutions is that banks do not have ample liquidity in hand.

It has been reported that the financial sector is affected by lack of adequate cash in hand and at the same time the National Bank of Ethiopia offered 5.5 billion birr loan via bid for banks to calm the liquidity shortage. While sources said that the finance crunch is not showing significant progress over the weeks.

The private sector is also complaining that it is unable to access its own cash that it deposits at the financial institutions.

Exporters argued that the problem may be occurred by the government purposely for sake of sacking the money to control the inflation or other reasons.

They said that the export sector is a pillar of the country’s economy that has linkage from farmers to badly needed hard currency earnings for the country.

“The government has to see the export sector and should have facilitate a way out for the sector to access the finance, otherwise the sector would be significantly affected in this season if things are not solved,” one pulse exporter told Capital.

The exporter said that by itself the export sector is vulnerable due to several factors including contraband, under value export, quality and others issues and stagnated than growing from time to time.

“When the current cash problem happened the sector would be seriously affected and would lead exporters to default their contract that is also damaging the image of the country and the exporters as a business,” the exporter added.

According to the finance sector actors, the cash that circulates under the informal market or without banks is very huge and added that it might be higher than the transaction made under banks.

For this the contraband business played significant role besides those who are hoarding huge amount of money in their safes at home.

They advised the government to apply tangible control mechanism to smash the illegal actors since it know where the channels are, who are the players, and what are the product smuggled out of the country or in to the country.

Some also complained that they could not get their money on cheques for their payments from the banks. They further said that the bank to bank cheque settlement is very slow because the banks prefer to keep the money on their own safe than giving it away to other banks.

During a meeting held Sunday January 12 at Sheraton Addis with the deputy mayor of Addis Ababa, Takele Uma, one of the investor claimed “in the past we face the LC problem to access foreign currency but now the birr shortage has added.”

On the occasion Abe Sano, President of Oromia International Bank and head of Bankers Association said that even though the government accrued finance that it collected in terms of tax and other means, it reserved to disburse it.

“Currently the government is reserved to release finance and due to that the financial sector is affected,” Abe explained.

He said that if the government disburses the money the financial sector would be beneficiary. He said that he believed the problem is short term problem.

Eyob stated that to stabilize the market the government has pumped nine billion birr via the central bank for banks.

According to sources on Friday banks are asked for their bid document to take their portion from the nine billion birr.

According to the rule a single bank will not get more than 30 percent of the total offer. The amount will be repaid for NBE within a month time.

One of the bank presidents, who demand anonymity, told Capital that the fresh injection could not go to loan and advances since the repayment time for the central bank is very short. While he accepted that the nine billion birr will give a bit of a relief.