From digital to paper: Ministry orders national exams to be printed 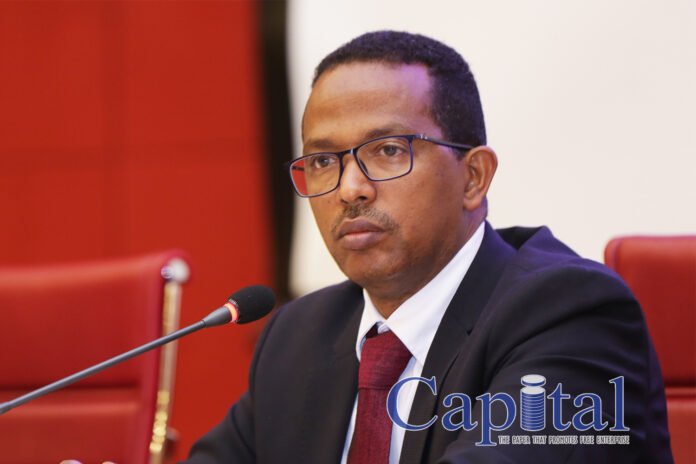 Ministry of Education has ordered Berehan ena Selam Printing Press to start printing the exam papers for the 12th grade examination starting as soon as possible.
Even if at the beginning of the year the ministry was planning to give the entrance exam digitally by tablets as result of delay on importing the equipment, the ministry has changed its plan. On Thursday February 11 2021, Getahun Mekuria, Minister of Education told the press that the ministry has decided to submit the exam on paper due to the inability of the test tablets to enter the country on time.
Accordingly, the 2019/20 National Examination will be held on March 8, 2021, he said. Examination credentials will be issued at the school from March 1 up to 3, the statement said.
Even if the ministry has assumed to give the exam within the coming 25 days as the sources close to the case told Capital, the ministry has ordered Berehan ena Selam Printing Press to get ready to print the exam papers. As the source indicates, the ministry is expecting the printers to finish the printing within the time frame.
Similarly, the government is also planning to distribute the exam and answer shits within seven days from February 28 up to March 6, 2021 to all zones in the country.
As past experiences from the ministry, preparation for the exam takes a longer period which the exam printing by itself takes about three months. However, according to the National Educational Assessment and Examination Agency director, Delamo Otoore, “It is possible to prepare the exam in one month if we use our time properly.” Furthermore, he said that there is nothing the agency is concerned about that could change the exam date since students have to be ready for university. In line with what he said, universities could start receiving fresh students starting from March- April.
It is to be recalled that the Ministry of Education has been preparing to give the 2012 Grade 12 National Examination online by giving each and every student tablets to take the exam digitally in selected schools.
As Delamo said, it would be possible to give the exam through tablets if the time was tabled on March, however because of some delay and parents’ pressure, the government is obliged to go the print route.
According to the Ministry of Education data, there are 450,000 grade 12 students that are expected to take the exam.
Previously, the government was preparing to give the exam from December 7 up to December 10, 2020. At the time students were given 45 days of class and technology guidance and registration was expected to be done online, which normally was done manually before. According to the decision of the ministry every student who has completed grade 11 and attended the first semester of the academic year was eligible to sit for the exam
It has been a turbulent year for the students amidst this pandemic from the onset of schools being closed after Prime Minister Abiy Ahmed ordered the closure all schools across the country On March 16, 2020, and on March 27, 2020. Ethiopia which has around 20 million pupils in Ethiopian schools with about 45,000 schools over the country and nearly a million in the 50 public universities and more than 250 private academic institutions, all of which represent high potential transmission sites faced uncertainty during this time of closure.
Similarly, following the conflict in Tigray region the Education Minister Getahun Mukaraba said more than 12,000 12th graders in the Tigray State will take their exams at higher education institutions in the region if the exams were to be rolled out on time to the students who were also full of uncertainty.
This uncertainty is now leveled across the board as the ministry has affirmed that the examinations will be done. Furthermore, the ministry has assured to coordinate this exam roll out in a timely fashion to transition these students.