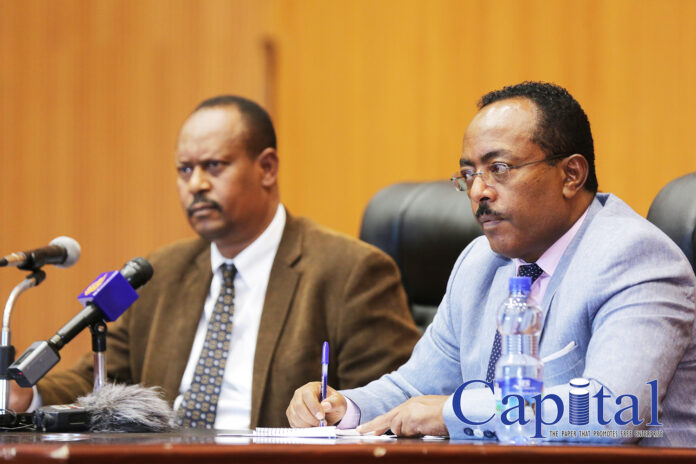 It has been well over a month since the law enforcement operation started in the Tigray region after the 4th of November 2020 attack and now the government has announced it has completed its military offence after taking the town of Mekele from the so called criminal group of Tigray People’s Liberation Front /TPLF/.
Although the government announced that the TPLF group had attacked the North National Defense, Sekoture Getachew, a veteran TPLF politician, publicly justified the November 4th military attack against the Northern Command of the Ethiopian National Defense Force (ENDF) as an anticipatory self-defense and amongst it all the international community still continues to force the Ethiopian government to accept independent investigation.
On Tuesday December 8, Redwan Hussein, spokesperson of the state of emergency told reporters that Ethiopia will invite others for assistance only if it feels that it failed to investigate.
“Ethiopia is led by a government which knows how to govern a nation. Ethiopia doesn’t need a baby sitter,” said Redwan.
Redwan confirmed that Ethiopia’s security forces shot to the air and detained United Nations staffers as they tried to reach parts of the embattled Tigray region that they were not supposed to go. “They broke two checkpoints to drive hastily to areas where they were not supposed to go, that they were told not to go,” Ethiopian government spokesman Redwan Hussein said in a press conference.
“They were told in some areas they were not supposed to move. And when they were left alone they broke two checkpoints, and when they were about to break the third one, soliders shot to the air and detained them. Now, of course they are free,” Redwan explained.
Ethiopia’s government is making it clear it intends to manage the flow of humanitarian aid, but the U.N. has openly sought unfettered and neutral access according to international principles.
The U.N. announced deal with the Ethiopian government, saying it was signed on November 29. Crucially, the deal allows aid only in areas under Ethiopian government control. The government on Tuesday said 44 truckloads of food aid had been delivered to Shire, the main town near the refugee camps.
On Tuesday, Redwan repeated that message and added, “No entity, multilateral or unilateral, is supposed to supplant the government. We, the government, would call the shots.”
“Humanitarian assistance must be escorted by defense forces,” he said.
“The government will give allowance on where to go and where not to go. There are some forces who have not surrendered. They may not have some regular leadership and command and supply of resources but they can still keep on shooting until they run out of their arms. Thus, we are saying our humanitarian assistance has to be escorted with the military,” emphasized Redwan.
“Just because we completed the operation in three weeks it doesn’t mean we are in a picnic it was a very tough assignment it was completed successfully because the government was very much conscious about its people. Any life that dies during the operation is a lose to Ethiopia, but we are not hiding anybody killed by the government defense but because there was none there is no one to be accountable other than Ethiopians. It doesn’t matter if they were killed by government force or TIgray forces all are Ethiopians, we are not fighting with a foreign enemy it was a family feud,”Redwan stated vividly.
Regarding the humanitarian assistance, Mitiku Kassa, Commissioner of the National Risk and Disaster Management, said the commission is working to address humanitarian assistance to 1.8 million people in the region. However with the fear of the number increasing, the commission is working to do rapid assessment to capture additional number of beneficiaries, since between 22-30 percent of the urban population may need relief assistance for the short period of time.