HomeNewsGovernment sparks to switch to an open electric tariff
News

Government sparks to switch to an open electric tariff 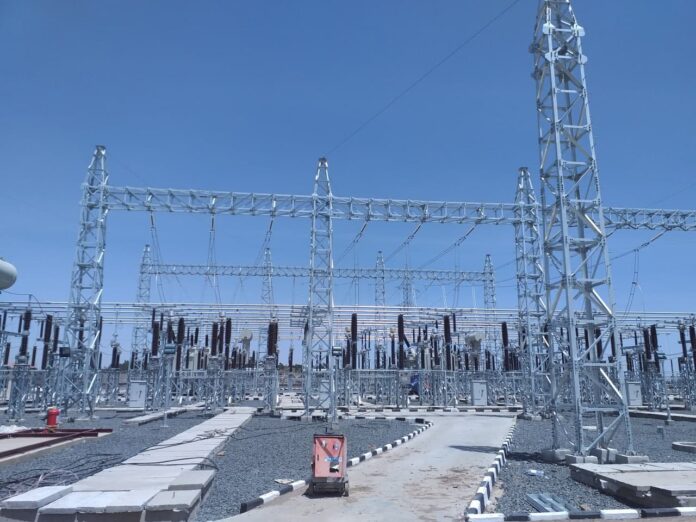 The government is tracing to come up with a new version approach on the power sector development with an open electric tariff against the current feed in tariff (FIT). The power sector reform needs more that USD 6.5 billion in the coming about five years to electrify major parts of the society from the current one third of power access on grid.
The power sector reform has revised the previous roadmap on the energy sector development, which is critical to assure other economic and social developments that the government tabled to meet by 2030.
To attain the goal for the national electrification program, the government has estimated USD 6.5 billion that will be filled from different sources.
One of that it is the public private partnership (PPP) scheme that the government has implemented in the past couple of years.
But one of the gaps to expand in the private sector involvement on the power generation is the tariff which was not attractive.
Frehiwot Woldehanna, State Minister of Water, Irrigation and Energy, said that there are activities under PPP on geothermal and solar.
“Meanwhile, there are few private companies investing on the sector but it needs to be boosted to reaffirm the ample power production,” he added.
“At the current stage the Independent Power Producers (IPPs) are getting under power purchase agreement on FIT that could not continue in the future,” he explained. At the meeting with Natural Resource, Irrigation and Energy Standing Committee that was held a week ago, the State Minister said that under the reform the power purchasing scheme is considering introducing a market oriented rate for private generators.
“The reform is included and legal framework and other issues are under development that will be disclosed in the future,” he told the law makers.
Frehiwot told Capital that sometimes the private sector may be interested in short period return to its investment cost, but it will be seen how it will go onwards.
“We will do our best to attract the private sector to invest in the sector with different attractive mechanism,” he added.
The reform has two core components including expanding the on grid power coverage to 65 percent from the current 33 and cover the 35 percent from off grid.
The second component of the reform is to uplift electric service, which is very poor, to international standards.
The reform has given significant attention for debt burden relief on the energy sector that has about 380 billion birr loan.
A week ago the Council of Ministers have ratified a regulation for the formation of Liability and Asset Management Corporation to absorb the outstanding debt of the energy sector and other public enterprises like Sugar Corporation and Chemical Corporation, while the major share stood at the energy sector.
He told Capital that the reform has three major pillars; electrify all corners of the country, service quality, and expand the involvement of the private sector.
To attain the pillars skilled human capital development, financial strength, tariff adjustment, performance improvement and others will be applied.
According to the State Minister, the major problem is expected to be finalized in the coming years, while the financial accessibility has been stated as a crucial and probable challenge.
“It might not be secured at once, but it will be accessed in different mechanisms, in loan and support from different local and international development partners and sources,” he says, “the pace of accessing the finance will determine the performance tabled to achieve in the coming years.”
He said that the government is already working to accessing the finance from different sources.
The PPP is also considered as part of the financer that might share the cost, “The market oriented tariff approach is aiming this,” he elaborated.
In the coming ten year the power generation would be 20,000 MW that includes the contribution of the private sector.
ADELE The government has proposed Access to Distributed Electrification and Lighting in Ethiopia Project (ADELE) to provide a synergetic package of investments to ensure that reliable electricity services are made available to all Ethiopians regardless of their location and economic status.
The proposed operation will support delivery of energy services with potential to enable productive use in peri-urban, rural, and deep-rural areas.
The delivery of energy services through off-grid solutions can support productive and income-generating activities in agriculture (i.e. irrigation, and processing) and commercial sectors, improving the livelihoods of fragile and vulnerable communities, and opening opportunities for women and youth, disproportionately affected by unemployment and lack of productive opportunities.
ADELE has five components including: network strengthening for improved reliability of supply in urban areas; solar-hybrid mini grids for rural economic development; solar home systems for households, small-holder farmers and small businesses; standalone solar systems for health and education facilities; and capacity building, technical assistance and implementation support.
The project aims at providing 1.45 million Tier 1 and above solar off-grid solutions, and isolated mini-grids.
Under providing access to electricity for households, businesses, and commercial and industrial users through solar-hybrid mini grids, it is estimated that the component will provide access to grid-level electricity to an estimated 240,000 households, and 11,500 businesses, commercial, and industrial users.
On the component solar home systems for households, small-holder farmers and small businesses will directly benefit approximately 750,000 households by providing access to off-grid energy solutions such as solar home systems and income-generating appliances. Out of these, around 120,000 systems will be used in support of small businesses getting access to electricity for lighting and productive uses.
The other plan is to benefit health and educations centers with access to sustainable and reliable electricity. It is expected that 400 health centers and 1,000 schools will be electrified through standalone solar systems.
The project will be implemented by the Development Bank of Ethiopia, Ministry of Water, Irrigation and Energy and EEU. Partners like the World Bank and others are expected to provide their support on electrifying those who will benefit to get power in this project.
ADELE is expected to consume over USD 600 million in the implementation period that is five year.
The recently issued document of the government indicated that the ADELE project implementation scope is widespread throughout Ethiopia including deep rural and underserved regions of the country.