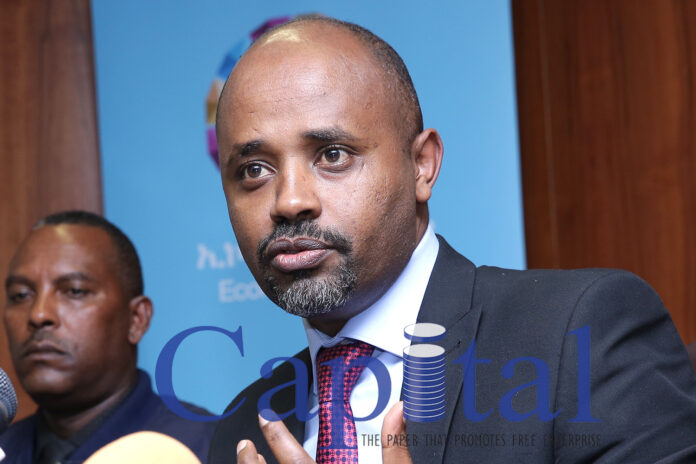 The privatization process of the telecom sector to allow new operators will be pushed as per the request of interested buyers.

Eyob Tekalegn, State Minister of Finance, said that some actors that are interested to be engaged on the telecom industry claimed that the time line is very short.

“In different public consultations interested actors frequently insisted to reschedule the timeline to get more time for preparation,” he added.

He said that the relevant body Ethiopian Communications Authority (ECA), who manages the consultations, is expected to come up with new timeline.

A public consultation is being conducted to obtain feedback for the licensing framework.

Interested operators expressed their concern that more time is needed for mobilizing the finance and to become active competitor on the upcoming privatization bidding process.

The government has disclosed that two operators will be identified by April 2020.

Eyob told Capital that the opening up of the sector will depend on by the decision of ECA. Capital’s effort to get further information from Balcha Reba, Director General of ECA, was unfruitful.

In another news, in his latest press conference on Friday January 17 Eyob told the media that the draft proclamation of the popular excise tax revised three areas.

He said that based on the consultation and discussion with public and representatives of the parliament some of the levies are revised.

“I hope with this new revision the parliament would pass the proclamation in the coming few weeks,” he said.

According to the new revision, the excise tax for brand new cars that are less than 1300 CC would be slashed to 5 percent from the current 30 percent.

At the same time the excise tax rate for cigarette is revised after the consultation and increased the rate.