The government says the instability following the assassination of a prominent singer is a political theater that forces the government to take action than dialogue and diplomacy, which it preferred in the past.
Following the assassination of Hachalu Hundessa, the country mainly Oromia, Harari, Addis Ababa and Dire Dawa City Administrations saw fatal violence for three days starting from Tuesday, June 30.
The government stated that the assassination and the situation that followed it as a political drama that is orchestrated jointly by those who have been an enemy in the past but that now come together to take power.
Federal Police said that Hachalu’s killing aims to destabilize the country, as internal and external groups are after disturbing Ethiopia’s peace and security, working day and night to create conflicts among Ethiopians to realize their aim.
“The aim behind the killers that also targeted to kill higher officials and public figures is to create divide among Ethiopians, and realize their hidden agenda,” it said.
The officials said that the government will not tolerate such kind of political prostitution and will take measures than using diplomacy and dialogue that were preferred in the past aiming to nurture democratic dialogue. 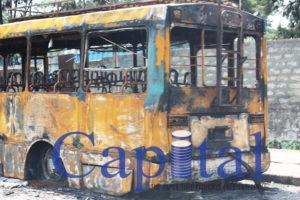 At a meeting held on Friday with security officials Prime Minister Abiy Ahmed said that the government will continue on the democratization process, but at the same time take massive measures that start from the ground to halt such kind of assassinations and instability once and for all.
PM Abiy criticized some of the politicians and activists, who returned back to the country in relation with the political reform, on engaging conflict, murder and intriguing and cooperating with those who used their power to torture and murder before the reform. “We call them to vie on ideas and democratic election but they are engaged in another side,” he said.
The government will no more tolerate these kinds of activities and will take decisive measures to calm the country, according to the PM.
Oromia region and federal officials accused a military sect called ‘Shene’ detached from Oromo Liberation Front, Tigray People Liberation Front that ruled the country for 28 years, and some Oromia political elites in the opposition and inside the ruling party.
In his statement issued on Wednesday evening, Abiy described the political change and the situation in the country that the reforms have finally arrived for some and the reform have come after some of them.
“For those that have sought justice, unity, peace and democracy, the reforms have arrived while for those that has used the people for their own gains, the reforms have come after them,” he explained.
“The aim of those who assassinated Hachalu did not do so to kill him but through him to kill Ethiopia, our enemies have continuously aimed to destabilize and destroy the gains we are making. We have been working hard to thwart this and not all their plans have been successful,” he underlined in his written statement and at the meeting aired on state media on Friday night.
“The security apparatus, police, military, and all government entities are ready to protect our country and our people; we will pay the ultimate sacrifice to bear the fruits of the reforms,” the PM said. 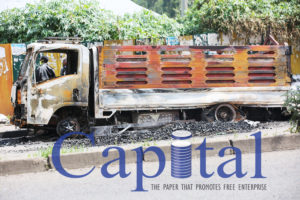 He called citizens to cooperate closely with the government security apparatus.
Security force claimed the mission has taken several times to plan and targeted to destabilize the country and use the opportunity to implement their own agenda. It said the mission correlated ethnical and religious differences.
So far over 3,000 individuals who are believed to be involved in the violent protests were arrested. The protest took more than 100 life of civilians and security forces and destroy properties in different towns in Oromia, Harar town, Dire Dawa, and Addis Ababa.