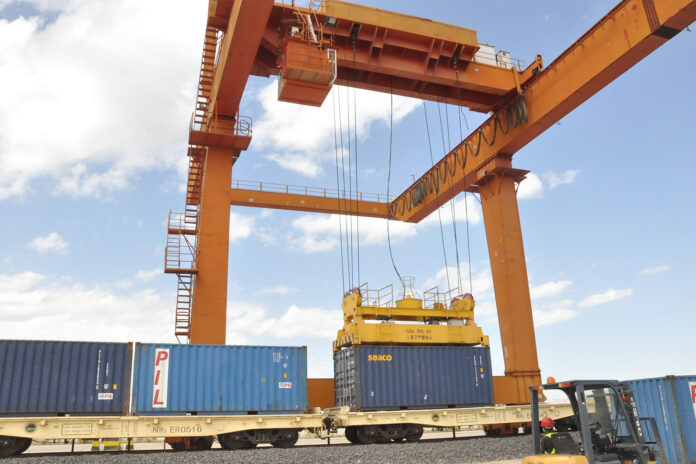 MACCFA Freight Logistics announced that it will accelerate the intermodal operation it started recently as it has managed to import its third shipment this week under a new solution in a month’s time.
The company, which is one of the major logistics operators in the country, concluded the first intermodal solution few weeks back. 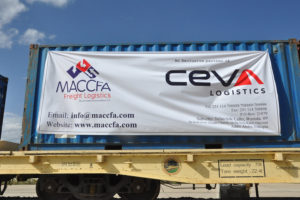 The first scheme end to end logistics service provided for Unilever Ethiopia is that the utilization of a full block train arrangement from Djibouti containers terminal (SGTD) to the Indode Railway station yard, located at the southeast outskirt of Addis Ababa.
The modern electric railway that connects the central part of Ethiopia with ports in Djibouti is operational for about two years, while mostly Ethiopian Shipping and Logistics Services Enterprise (ESLSE) is using the facility to transport cargos via the line to the dry port at Mojo, which is the facility that provides for multimodal operation that is a monopoly for ESLSE.
The line is also to some extent transporting bulk cargos like wheat and fertilizer that is mostly transported by the stated owned ESLSE.
Experts said that due to the stated reason above the private freight forwarders could not use the intermodal solution and transport cargos at Mojo.
Until recently most of the private logistics firms are using the railway system for export sector like products from industry parks.
Since Indode has become operational the private sector, who is uni-modal operator, has got a chance to transport cargos in the central Ethiopia by using the railway system under the intermodal scheme, which required to transport at least massive containerized cargos since the movers are leasing the full space at the railway. 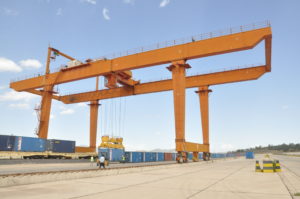 “Indode was available in the intermodal scheme and you have to fully contract the train and need to have at least 100 containers cargo at a time due to that the private sector activity in the modality is very limited,” Mulugeta Assefa, CEO of MACCFA said, “because of that you have to mobilize the cargos to transport at once.”
In these recent weeks very few companies developed their capacity and launch the scheme.
“Now we organized the volume and commence the transportation under intermodal solution, which allowed us to cease using trucks and transport huge amount of cargo at a time by rail,” the CEO said.
He added that the station yard at Indode Station is very small and due to that the cargo should relocate at the final destination within three days.
That means it should have mobilized ample trucks to transport the cargos from the yard after the accomplishment of customs clearing shortly.
Under intermodal solution MACCFA has achieved its third shipment on Thursday April 23.
“According to our plan we will undertake similar intermodal operation on a weekly base,” he added. 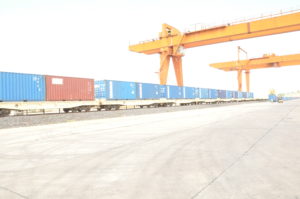 Besides eco friendly benefit since the rail is electric, the intermodal operation has a benefit to cut the number of trucks assigned to transport containers that the process may take couple of weeks to deliver at the customer yard.
The intermodal operation only takes a maximum of four days, according to experts. At the same time the trucks will be idle since they are engaged on the internal distribution.
“In terms of security regarding theft and safety such kind of scheme has best value,” Mulugeta said.
“Even though the service is undertaken by MACCFA, who has partnership with the French logistics giant CMA CGM, the French company is one of the source for the volume,” the CEO said.
MACCFA signed a memorandum of understanding with CMA CGM, owned by CEVA Logistics, for the foreign company to take 49 percent stake from MACCFA.
Freighters International and CLS Logistics Services are the other two freight forwarding companies engaged on the intermodal operation so far.
Intermodal transportation is the use of two or more modes, or carriers, to transport goods (freight) from shipper to consignee. 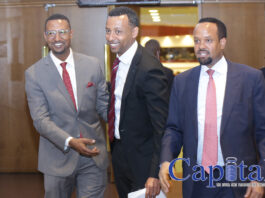 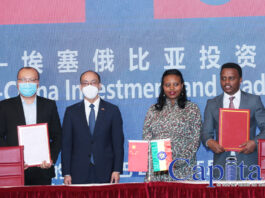 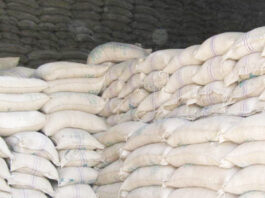