Planning and Development Commission (PDC) disclosed that the ten year development plan will be tabled to the Council of Ministers by the end this month.
The Ten Year Perspective Development Plan is the long term economic and social development plan set to register tangible achievements in the coming decade.
The commission, which is the higher body in-charge of mobilizing, managing and implementing the plan had targeted to commence its public consultation with stakeholders in March but was faced with a set back by the Covid-19 pandemic.
In spite of the setback, the commission went forward with its consultations through different platforms including direct meetings with different stakeholders and political parties in recent months.
Fitsum Assefa, Commissioner of PDC, disclosed that the ten year plan would have 10 pillars set to achieve its targets. This plan will be tabled to the Council of Ministers at the end of October or the first week of November for evaluation which will later be followed by approval for implementation. 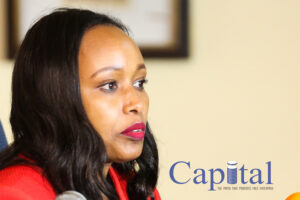 She remarked that even though the ten year plan had not received ratification by the council, public offices as from the onset of the budget year {July 2020} had designed their year’s target with respect to the framework of the ten year plan.
“The public consultations have contributed significantly in the inputs towards the development plan. Initially the plan had six pillars but a further four have been added from quality inputs provided at the consultations,” Fitsum said.
Covid-19 not only delayed the consultation but also redefined the commission’s strategy. “In every plan we are forced to redefine our targets. For instance we gave emphasis on technology and innovation, research and development, and development of a resilient system,” she added.
The ten-year Perspective Development Plan will be different from past similar plans. This is because this development plan looks at failures from the past and uses its setbacks as stepping stones for a better growth. For the past two years, 12 different studies have been conducted as an input for the ten year development plan.
Sectors augmented by PDC have also been engaged in coming up with their own plan in alignment to the development plan. To this effect, several discussions with stakeholders from every sector were undertaken from inception level to drafting the ten year development strategy.
Fitsum vocalized that basic infrastructure development which was also part and parcel of previous plans is still at the heart of the ten-year plan.
“The ten year plan will also give priority to expand productivity in the agriculture and manufacturing industries sector to fill the growing demands,” she keenly expressed at the press conference held at Hilton Hotel on the 8th of October, 2020.
She emphasized that quality economic growth and fair distribution of growth are crucial for the public. In order to realize this goal, PDC has introduced a Monitoring and Evaluation System to centralize the evaluation and performance of federal offices in the first quarter of the budget year.