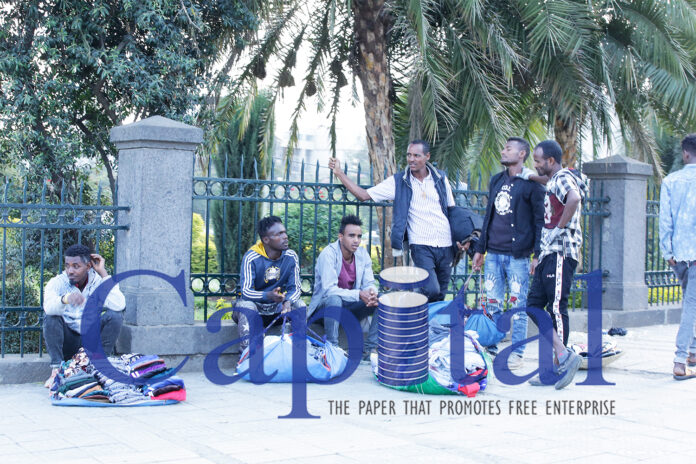 The pandemic virus is continuing to change the country’s directions and made the government to make new decisions, policies and directives each and every day.
Starting from March 6, 2020 when the first case of coronavirus was announced, the country has been taking different kinds of measures to control the spread of the virus. In addition to the threat to public health, the economic and social disruption threatens the long-term livelihoods and wellbeing of millions.
As of Saturday March 28, 2020 the victims in Ethiopia stands at 16, after four new cases were announced on Friday of which two of the victims has no record of traveling abroad. Considering the increasing number of positive cases, Prime Minister Abiy Ahmed has held a virtual meeting with the COVID-19 Ministerial Committee and provide additional direction and measures in the prevention and containment of COVID-19 so that these numbers do not increase exponentially. 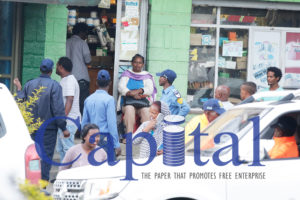 The government is working to take enough preventative measures especially by working on adherence to social distancing protocols.
Strict adherence to social distancing protocols is expected within market areas and religious establishments. However, health experts are raising concern, as some religious leaders continue to host large gatherings despite government orders not to do so in the wake of the outbreak.
Earlier this week, the government ordered security forces to enforce a ban on large gatherings aimed at preventing the spread of COVID-19.
But enforcing the orders has proven difficult as religious groups continue to meet and, according to religious leaders, fail to treat the risks seriously.
Seen in the above picture, which was taken on Friday, March 27, 2020, in front of the Addis Ababa City Government office people are seen trading second hand clothes as usual, paying no attention to the warning of government and global health leaders as to the dangers of congestion and not respecting social distancing rules such as keeping a minimum of a two-meter space with others and avoiding touching one another including handshakes. Days ago, President Sahle-work Zewde has expressed her concern about the sheer disregard for social distancing rules in many parts of the city. 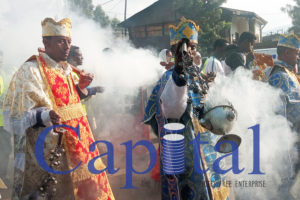 However, this problem appears to be a global one at best. According to reports, many countries including worst-hit Italy and Spain are said to have been paying the price for disregarding social distancing rules and largely circumventing stay-home protocols by holding mini in-house gatherings which appear to have speeded up the spread of the virus more quickly.
When the outbreak in Italy began, authorities began by locking down affected “red zone” areas in the north. As cases continued to spread, the entire country was put on lockdown on March 9, with those who break the rules threatened with USD 232 fines and six months’ prison time.
But hundreds of thousands of Italians have since been given police citations for flouting the ban, and a Chinese Red Cross official last week said Italy’s measures — among the strictest in Europe — weren’t strict enough. The military was called in to help enforce the rules as deaths spiked and hospitals buckled under the strain.
“Imagine, this is a first world country and they could not contain the virus until now,” said one observer. “And now imagine the virus spreading here in the country at that rate with our current health infrastructure, it will be a nightmare, and I think the government should take the harshest measure right now before it is too late,” this observer stated.
Prime Minister Abiy has also ordered public buses and government services to give transport services for the public since the major problem in the city is that of transportation and to increase the amount of money individuals can transfer through mobile banking so that to limit cash transactions.
The city administration is also trying to control the khat market in the city. Most of the gates and shops of khat in the capital were closed by the city officials but still you can get khat anywhere all over the city.
As the virus continues spreading in the country the government is also preparing isolation centers, not only the government but also individuals are participating in the preparation by answering the call of the government to support the effort of the national resource mobilization committee which is in the process of finding materials like beds, mattresses, bed sheets, ventilators and other medical and non-medical supplies in case the worst comes. 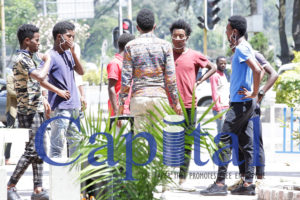 On March 27, 2020 the city administration announced that they have collected 10 million birr in donations. More than 134 facilities have been identified for quarantine, isolation and treatment. The state also calls upon all retired and in-training medical professionals to prepare for national duty if the situation warrants such extra support.
Starting from the first day the victim was confirmed, the market seems to go up on consumer goods such as health care equipments food and beverages. The Prime Minister has ordered the Ministry of Trade and Industry to continue strengthening the measures it is undertaking to control price increments and hoarding of consumer goods. Export and import has decreased dramatically, since the virus is spreading fast that countries are closing borders, restricting mobility, instituting strict surveillance measures but also the demand to the other industrial and other goods seems to decrease day by day.