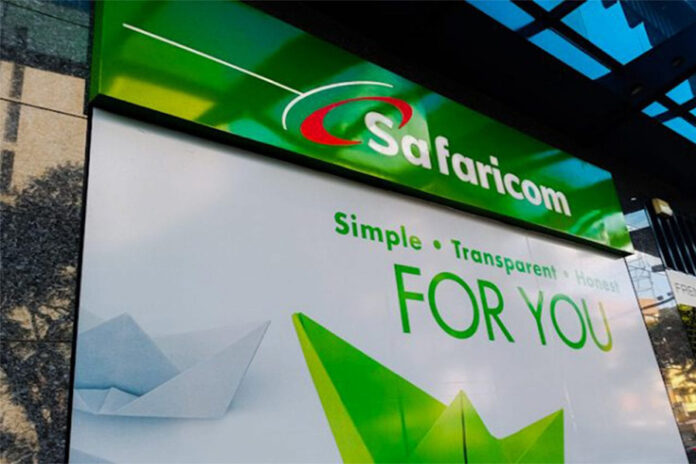 Safaricom Telecommunications Ethiopia Plc, shortlists two global telecom giants for its infrastructure development for its operation in Ethiopia.
Reliable sources told Capital that the company that was formed by African, Europe and Asian companies has shortlisted Nokia and Huawei to setup its infrastructure in the country.
Safaricom Ethiopia that was formed by the amalgamation of Safaricom, Sumitomo Corporation, CDC Group and Vodacom has secured operational license from the government early June officially to do business in Ethiopia as a second telecom company after the state owned Ethio Telecom.
To get the license it has paid USD 850 million to the government and promised to invest up to USD 8.5 billion in the coming decade including the license fee, which is a huge sum for the FDI history in the country to flow from a single business.
According to sources, the company has shortlisted Nokia Corporation a Finnish multinational telecommunications, information technology, and consumer electronics company; and Huawei Technologies of Chinese multinational technology corporation for the infrastructure development that it aspires to realize in the coming period.
The company has already disclosed that it will launch the operation in the first half of mid 2022.
Both companies are not new for similar activity in Ethiopia. For instance the Finnish company was engaged for the second massive mobile network development project in the country that ended early 2000s and other IT projects. Similarly the Chinese company, which is leading the global telecom network development with Nokia, is engaged on the massive mobile network expansion with ZTE of China in the fourth and last phase of major mobile network sector development. It has also recently concluded the national 4G network expansion and network upgrading for Ethio Telecom.
Anwar Soussa, CEO of Safaricom Ethiopia, recently said that the company is now starting engagements with Ethio Telecom, which is expected to provide the infrastructure for the new telecom operator. According to experts on the sector however despite having access to infrastructure from Ethio Telecom, the company needs its own facilities to attain its goal in terms of service and quality.
The company has announced that over USD 300 million will be invested every year for infrastructure and technology development for the coming ten year.
On their press briefing Peter Ndegwa, Chief Executive Officer of Safaricom Plc and Soussa stated that the company has stated that it is ordering equipment and looking for the technology that it will use, while regarding finance it is engaging with undisclosed different financers including development partners for its investment in Ethiopia.
It is recalled that the telecom investment secured a promise from America’s sovereign wealth fund US International Development Finance Corporation to fund for its activity in Ethiopia on the aim to encourage using non-Chinese technologies.
But in the recent past the US recalled its initial green light for the finance in related with its controversial interest regarding law enforcement mission that the Ethiopian government is taking on the terrorist group, TPLF, who attacked the northern command of National Defense Force on November 3, 2020 evening.
Since then the company stated that it would look at alternatives to accelerate its plan to Ethiopia, which is the last biggest market for the telecom industry opened for competition.
Ethiopia has announced that the opening up of the telecom sector is part of its digital strategy that is expected to create conducive environment in all aspects in the economy and social arena.
In related with the Request For Proposals (RFP) for its second new full-service telecommunications license (License B) in Ethiopia that was issued mid this week, Balcha Reba, Director General Ethiopian Communications Authority (ECA), said, “The goal of liberalizing our telecoms sector has always been to drive competition and attract greater private sector investment as a key part of Ethiopia’s digital transformation. Following our successful first license issuance earlier this year to one of the world’s largest international telecoms consortia, we have continued with our mission and now want to encourage more telecoms operators, of all sizes, to be part of this exciting opportunity.”
“The ECA remains committed to fulfilling Ethiopia’s telecommunications sector reform and this second license issuance is another opportunity for another telecoms operator to join Ethiopia’s fast growing economy next year,” he added.
On its statement, the authority stated that ECA is well-positioned to deliver a process that is both transparent and fair and continues to manage the license issuance process, which will be taking place in parallel with the partial privatization of Ethio Telecom, which is part of the reform on the telecom sector.
At the end of the licensing process, there will be three operators with licenses to deliver high-quality telecommunications services in Ethiopia: Ethio Telecom, Safaricom Telecommunications Ethiopia and the new License B holder. Bidders have until December 20, 2021 to respond to the RFP, which includes investment considerations, tender regulations, and full details of the license to be awarded. “Opening Ethiopia’s telecommunications market to greater competition will maximize the opportunities presented by the digital economy: reliable and accessible communications for the Ethiopian people leading to improved quality of life, improved connectivity to support rapid economic transformation and growth, job opportunities as a result of having best in class tech, and both local and inward investment,” ECA’s statement concluded.