The Ministry of Trade and Industry (MoTI) warn 20 high level exporters including prominent actors saying that they will take legal action unless they cease their illegal export behavior immediately, Capital has learned.
In a letter signed by Misganu Arega (Amb), State Minister of MoTI, and copied to the Minister of MoTI, Ministry of Revenue, Office of the Attorney General and Ethiopian Commodity Exchange Authority the state minister accused exporters of selling under the price they bought at the trading floor at Ethiopian Commodity Exchange (ECX). The letter that Capital reviewed stated that one company exported sesame seeds under the price it bought at ECX and goes on to warn the exporter to normalize the business.
In the past the government claimed that the number of exporters was growing, but export earnings failed to grow. For instance, the number of agricultural exporters in the past budget year has grown but export revenue went down.
The government says that some unethical business people have become exporters with the intention of selling products below its actual price to get foreign currency and then turn around and purchase items to import into the country in order to earn huge profits.
Recently the price of some commodities mainly sesame seeds and soya bean, which joined the ECX trading floor at the beginning of the year, has hiked significantly due to buyers, most of which are also importers, buy products at a loss and export it to get foreign currency to import other items.
For instance at the beginning of May during trading at ECX, sesame seeds maxed out at over 7,120 birr per quintal for Humera Type, which had been trading at 6,600 birr on April 30.
Experienced and long established exporters expressed their anger and say that the government must take action to avoid a disaster waiting to happen.
In its letter the ministry recalled many previous discussions with relevant actors in November last year about the issue and need for correction. The ministry also mentioned that 100 exporters are engaged in illegal acts and that it would review their business license and activity if they continue in this way. At the time Misganu told Capital that his office is working prudently to take measures.
“If the system stabilizes we will be competing at the trading floor based on the international market instead of the artificial one created by actors who target only foreign currency instead of profit from export only. And every actor must activate properly,” exporters who have been affected by illegal trading told Capital.
“The traditional exporters working with established international brands who were employing people are leaving the business because of these unethical practices, so we will work to put a stop to this,” Misganu told Capital.
Exporters are recommending the government through the National Bank of Ethiopia (NBE) to follow the import activity instead of leaving it to commercial banks.
“The import sector is the major reason for the current mess in the export industry,” an exporter said.
Currently, importers only process their import activities at any commercial banks but if the central bank forms a department or facility to centralize the pro-forma invoice registration and follow the import sector easily it could help.
“If this system shall be applied it will tackle the multiple registration process by a single person in different banks and even give quotas for banks based on their foreign currency reserve instead of the current long lines to access the letter of credit (LC),” actors in the export/import business said.
“This system may cut unnecessary manipulation on the export market and create equal and fair access for LC operation,” they explained. 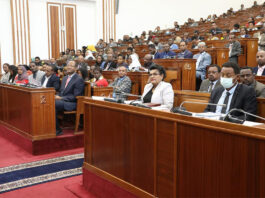 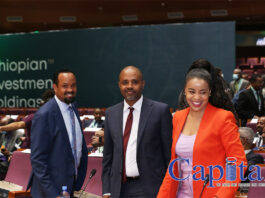 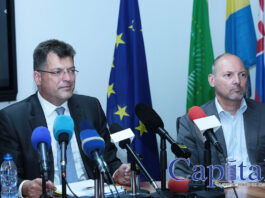