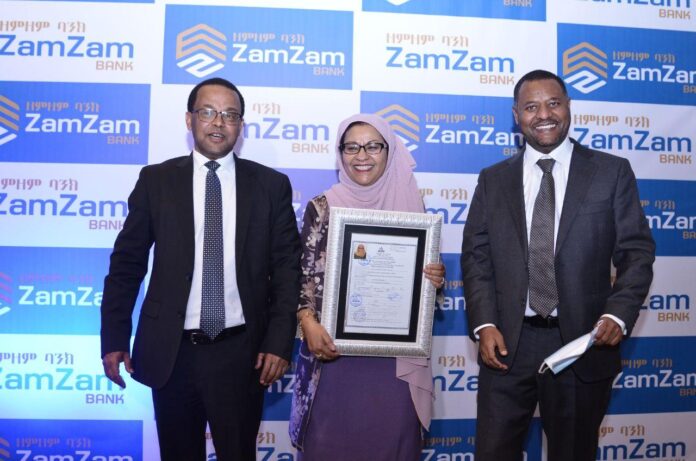 The first Interest-Free Bank (IFB), ZamZam Bank (ZZB), has received a green light from the National Bank of Ethiopia (NBE) after 13 years in restless efforts.
The bank was a pioneer when it started its activity in 2007 after the government had shown interest in allowing the bank to operate under the Islamic Banking principle. However, this was short-lived when the government enforced that interest-free banking will operate alongside conventional banking. This decision was not conducive for the founders of the bank who wanted to only run an interest-free bank. This led the bank to refund the collected sum to its share buyers.
On the upside for the bank, the government for the past two and a half years had been undergoing political reform. The government has now allowed its citizens to invest in fully-fledged IFBs. This had re-sparked the interest of ZamZam Bank which recently commenced its activities under formation by collecting huge amounts of funds in a short time.
ZamZam has now received its license from the regulatory body, NBE. This will make ZZB the first Interest Free Bank in the country. According to the information that Capital obtained from NBE, the regulatory body will officially award the license to ZZB on Monday 12, October 2020.
While the bank declined to comment on the issue, it is crystal clear that it will commence operation in the near future. The bank boasts a shareholder’s base of 11,200 and a subscribed capital of over 1.7 billion birr.