Century-long Endeavors Open Up the Right Path to the Future 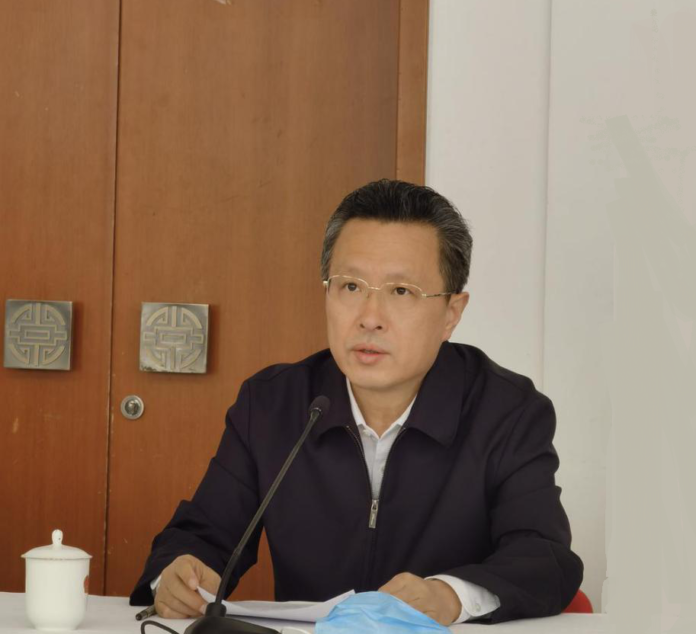 The 19th Central Committee of the Communist Party of China (CPC) convened its sixth plenary session in Beĳing from November 8th to 11th, 2021. Chinese President Xi Jinping, also the General Secretary of the Central Committee, attended the session and delivered an important speech. The plenum was convened in a year of significance, which marked the 100th Anniversary of the CPC’s founding and when China embarked on the journey toward realizing its second centenary goal. It was a milestone meeting to review experiences of the past and draw blueprints for the future, which attracted much attention worldwide.

At the session, the Central Committee fully affirmed the historic achievements scored since the Party’s 18th National Congress, and considered and adopted the Resolution on the Major Achievements and Historical Experience of the Party over the Past Century, which is the CPC’s third resolution in its century-long history. The epic journey of determined explorations and unremitting endeavors by the CPC over the past 100 years is well-captured by this landmark Resolution of more than 30,000 words. The Resolution is an epoch-making Marxist guideline document that takes stock of the major achievements and historical experiences in the century-long endeavors, and speaks volumes of the CPC’s strong sense of mission and self-confidence as the world’s largest governing party celebrating its centenary.

In the past 100 years, the Party has led hundreds of millions of Chinese people into taking the road barely travelled and blazing a new trail where China has stood up, grown prosperous and is now becoming strong, and has transformed from once catching up with the times to now setting the pace on all fronts. Such irrefutable facts have made it clear that “ Only socialism can save China, and only by upholding and developing socialism with Chinese characteristics can China’s national rejuvenation be realized”.

The Resolution recounts the Party’s lofty cause of pursuing happiness for the people, rejuvenation for the nation and common good of the world; explains with historical contexts, under theoretic frameworks and in practical terms the reasons behind the success of the CPC, Marxism and socialism with Chinese characteristics; and reveals the key to success of the CPC from Day One all the way to the future. It should be noted that the Resolution, with a particular focus on the historic achievements and shifts as well as relevant experiences in the new era, will have a powerful and far-reaching impact on the development of socialism with Chinese characteristics in the new era, and become a political declaration and guidance of action for CPC members in the new era.

Since the year 2012, the CPC Central Committee with General Secretary Xi Jinping at its core has successfully led China and its people into scoring coordinated economic, political, cultural, social, and ecological progress; implementing the four-pronged comprehensive strategy in a balanced way to finish building a moderately prosperous society in all respects, deepen reform, advance law-based governance, and exercise full and strict governance over the Party. The CPC developed and then put into implementation the new development philosophy featuring innovative, coordinated, green and open development for the benefits of all, and has been fostering a new development paradigm with domestic circulation as the mainstay and domestic and international circulations reinforcing each other. The Party has promoted modernization of China’s system and capacity for governance, delivered a more fulfilling, happy and secure life for the people, and prompted historic achievements and shifts in the cause of the Party and the country, setting the Chinese nation on an unstoppable journey toward great rejuvenation.

It is General Secretary Xi Jinping that has presided over the governance of the Party, the country and the military with resolve and courage, laid out the overarching plan for reform, development and stability with perspective and vision, rightly pointed out the parallel imperative of development and security with the foresight of a strategic thinker, and delivered on the motto of putting people first with deep care. It is General Secretary Xi that has established the Xi Jinping Thought on Socialism with Chinese Characteristics for a New Era, led the Party members and Chinese people into opening up a new era for socialism with Chinese characteristics, and been wholeheartedly supported by the whole of Party, country and military and highly commended by the international community.

The Resolution explicitly reaffirms General Secretary Xi’s core position on the Central Committee and in the Party as a whole, and defined the guiding role of Xi Jinping Thought on Socialism with Chinese Characteristics for a New Era. This reflects the common will of the Party, the armed forces, and the Chinese people of all ethnic groups, and is of decisive significance for advancing the interests and cause of the Party and the country in the new era for lasting stability and prosperity.

A political party is empowered by truth only when it has a scientific theory. Over the past century, the CPC has led the people in great endeavors of making breakthroughs, rising up to challenges and going from victories to victories, and accumulated valuable historical experience along the way.

The Resolution draws lessons from history and points the way forward. The century-long experience boils down to ten points: upholding the Party’s leadership, putting people first, advancing theoretical innovation, staying independent, following the Chinese path, maintaining a global vision, breaking new ground, standing up for ourselves, promoting the united front, and remaining committed to self-reform. The ten points are closely connected and mutually reinforcing, which provide fundamental guarantee for the continued success in all undertakings of the Party and the people, pave the way for the Party to maintain its advanced nature and purity as a pioneering force in all times, and is set to serve as guidelines for the CPC in steering the future of China.

Democracy is a shared value of humanity. The CPC has always been committed to the development of socialist democracy. Countries vary in history, culture, social system and stage of development. China firmly opposes the use of a single yardstick by some countries to measure the world’s various political systems and democratic models, which deprives other countries of the right and freedom to explore their own democratic paths.

The vision of whole-process people’s democracy was put forward by General Secretary Xi Jinping in the context of developing China’s democracy. It has been written into the Resolution, which will be fully reflected in the development of institutions, standards, and procedures of democracy on the path of socialist political advancement with Chinese characteristics. It is evident that the whole-process people’s democracy, which fits into China’s national conditions and effectively addresses pressing issues, is an advanced model of democracy with full chain, comprehensive coverage and representation. It is results-oriented democracy that is most broad-based, genuine and effective. It is true people’s democracy in its form and substance, and is warmly received by the Chinese people.

History contains not only wisdom from the past, but also knowledge into the future. The century-long history of CPC is a history of unflagging endeavors, theoretic explorations and party-building. The great achievements are inspiring; the valuable experience should be cherished; and the historic mission is the source of motivation. From a new starting point, under the strong leadership of Central Committee with General Secretary Xi Jinping at its core, the CPC, in keeping with its founding aspirations and path, is striving to break new ground in the development of socialism with Chinese characteristics and lead the Chinese people into scaling new heights on the journey toward the great national rejuvenation.

China and Ethiopia are Comprehensive Strategic Cooperative Partners with extensive bilateral cooperation. China stands ready to keep deepening inter-party cooperation with Ethiopia and promote experience-sharing and mutual-learning on governance in a win-win spirit. China will continue to hold high the banner of peace, development, cooperation and mutual benefits, keep to the purpose of its foreign policy for maintaining world peace and promoting common development, and build a new type of international relations featuring mutual respect, fairness, justice and win-win cooperation. China will work together with Ethiopia and other developing countries to tackle risks and challenges and contribute to the noble cause of building a community with a shared future for mankind.

War or uneasy peace? What 2022 heralds for US-China relations

The story of China-American rivalry