In our age there is no such thing as “keeping out of politics.” All issues are political issues, and politics itself is a mass of lies, evasions, folly, hatred, and schizophrenia. – George Orwell
Democratic mechanism, as we know it today, is not delivering the changes citizens demand. This is not to say that democracy has no place in the current political space, but electoral democracy – multi party system, election, rule of law etc. – is struggling to respond adequately to citizens aspirations. This is increasingly a worldwide phenomenon, but in Ethiopia it has long become the norm. Our representatives (can we still use the term?) don’t actually speak their minds, don’t consider real arguments or present genuine plans. They bask in mindless sports-fan behavior, without ideas and principles. I think the new crop of leaders should bring in new zest into the political space of the country, encourage courageous voices, promote ideas and programs that can be delivered, ensure accountability and transparency. Dr. Abye is doing a fine job in this area. Let’s get together and make sure he will not deviate from his broad based freer and peaceful governance style, but also that he will continue reforming to improve accountability and inclusiveness.
Our subject today is not how the future of democracy will play out… but how we get things done (or undone) in Ethiopia. Consider our political environment: Both the ruling and the opposition parties (mostly in dysfunctional state) are jockeying to compete in the 2020 elections amidst the breakdown of Axumite civilization.
So what’s our government doing? Yes, dear reader preparing for elections!
And what will this election be all about? Will it be to address the impending showdown between regions that is arriving in the news every day? Will it be to deal with citizens’ insecurity, or the lack of political will to commit for reconciliation and peaceful coexistence between the people in, and among the different regions of federal Ethiopia? Will it just be to meet elections deadline? Will it focus on jobs, the economy, and the environment? This blind faith in the ballot box doesn’t make any sense, particularly when the federal and regional governments haven’t seen eye to eye for some time. Some practically no longer talk to each other!
We never expected all political parties to go silent on these issues, and yet politics demands basic plots… ones the masses can follow. Good guys (say, the opposition) versus bad guys (the ruling party). Us versus them. Unfortunately, both, opposition and ruling parties have not offered any new (or old) ideas to voters to be comforted with, nothing to resolve the main crisis between ethnic groups and regional republics. I believe they’re betting things will get better on their own (sort of Laissez faire). They may be right. Nothing, not even government (see old EPRDF), keeps getting worse forever!
One thing the new administration has done was to throw some ideas on reforming the economy. Perhaps as a way to indirectly calm down the excitement and fervor of ethnic activists and all those that are doing something wrong… I don’t know. Dr. Abye said he will bring liberalism to the country, go all the way and open up the economy, sell public assets, liberalize the economy, bring in foreign banks, redecorate the palace, beautify Addis Abeba. He seems confident there will be no state collapse, so he feels there is no need to spend time on a non-issue.
The PM is relatively young, so he wants to take chances. He is greedy for new things… new experiences… new economy. He can afford to make mistakes (not big ones). On this issue, the oppositions alas, were happy not to take chances, couldn’t decide where to go. Right? Left? So, they went nowhere. They went along with Dr. Abye. It’s amazing how opposition and ruling have grown closer, they may as well agree to form one unique salvation party and move on – imagine that.
While at it, let me ramble on PM Abye’s proposal to liberalize, which may be losing its juice these days. But liberalize under which model: a Chinese “capitalist socialism”, or America’s “capitalist liberalism”, or the Singaporean “capitalism with Asian values” (Which, of course, have nothing to do with Asia and all to do with authoritarian capitalism. By the way, in Singapore (I hear many good things about it these days) the state owns a huge amount of the means of production. In fact, depending on how you count it, the Singaporean government probably owns more capital than any other developed country in the world after Norway. In Singapore 90% of land is government owned, 85% of housing provided by government owned housing corporation, and 22% of national output by State Owned Enterprises (SOE), including the famous Singapore Airlines!
So the new PM’s philosophy (if I got it right) is to do away with his party’s old mantra that government can make us all smarter, healthier, condo owners, and replace it with a new vision of smaller government that’s happy to let the market build all the condos, business to innovate on its own, banks to create tree nurseries. One philosophy is not necessarily an improvement on the other, but we’ve seen enough to judge.
No one knows if there will still be elections in 2020… but even if there is one, it’s not going to get worse! 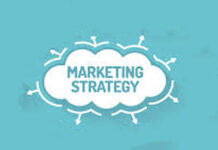 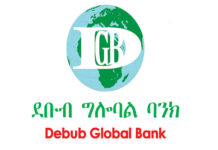