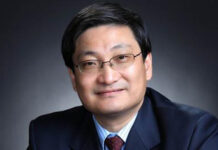 THE TIES THAT BIND BLACKS AT HOME AND ABROAD

Should Ethiopia Promote the Development of a Stock Exchange Market?