Fast forward ten years, I hope to tell my granddaughter that once upon a time, Ethiopia appeared headed for a bloodbath. Many believed that ethnic extremism would capture the day and that the country was destined for violent chaos. In the end, Abye Ahmed and Team Lema’s visionary leadership proved them wrong.
Jumping back to 2018, Addis Ababians (and the Diaspora) remain overwhelmingly crazed by Dr. Abye and Team Lema …And why is it that Dr. Abye and Team Lema are so mesmerizing?
One of the main reasons is that these fellows, by some miraculous actions, not only defeated and chased TPLF’s goons and its minions, they, and in particular Abye Ahmed (AA), had the temerity to do what no typical Prime Minister would dare do… manage a revolution; and he has done it with so much style, sophistication, flair and wit, it may have heralded the end of an era.
Let me share my five favorite take-homes so far: Peace with Eritrea, opening of the political space for all, freedom of the press, a ministerial team that for the first time in the country’s history is equally balanced between men and women, and the pushup stunt with the mutineers.
No, Dear Readers this fellow (AA) can walk on water and can perform miracles. He literally tried to make us believe that government is now a saint, that it (the government) fears us… the citizens? But we’re no fools. Cover it up with sweet honeyed myths at the end of the day we know government uses a big stick to get what it wants.
Anyway, there is nothing wrong for citizens to begin to think of Ethiopia as a possible success story as long as they understand that the post-TPLF transition remains unfinished. Reforms take time, and progress depends on patient, considerate, and honest win-win deals. Allowing win-win deals is the only way to know what people want… and the only way for them to get it. Win-lose deals imposed by governments are a drag on growth and progress.
Meanwhile, to claim the crown in 2020, there are three issues Abye Ahmed should consider, before time is running out:
Establish a Special Committee on Electoral Reform that will consult broadly with Ethiopians from north to south and from east to west. The aim is to improve the representativeness of our political system, make sure it works effectively and fairly for all nation and nationalities of the country. The Committee should, among other things, deal with issues of public financing for political parties, identify and conduct a study of viable alternate voting systems to replace the first-past-the-post system, develop cases for or against parliamentary democracy, examine mandatory voting, create E-Consultation on Electoral Reform to solicit Ethiopians living abroad views on the issue etc…and more. The big challenge here is to try to figure out a system where the pluses outweigh the minuses.
Establish a Task Force that will identify actions to address Government regulations that are unnecessarily burdensome, complex, redundant, or duplicate to unleash business transformation. In Ethiopia today business is the victim of excessive regulations. Clearly business go through too many regulations and, in many cases, these regulations impose excessive and unnecessary costs on business. The main focus should not be on policy as such, but rather on any undue costs for business in the implementation of policy through regulation. In short, such taskforce should be tasked to identify a forward agenda comprising some 80-100 reforms to existing regulations that would boost growth. In addition, the taskforce should also advise how the processes and institutions responsible for regulation could be improved to avoid the same problems simply re-emerging.
Reform the Judicial structure of the country. It’s critical at this juncture for both the federal and regional governments to occupy a direct role in shaping the nation’s court system. Because it’s critical to maintain control over the quality of judges and patronage opportunities for prestigious judicial positions on the nation’s most senior courts, the government (regional and federal) should agree to allow the federal government with the authority to appoint judges to the regional superior courts – that is the superior and appeal courts in each region. As a consequence, in each regional state, there exists a regionally-created court system in which the lower courts – where the vast majority of the nation’s legal business occurs – are administered by provincially appointed judges. In that same province the superior courts, which hear trials involving serious criminal offences, civil suits involving amounts above a specified limit, and appeals from the province’s lower courts, are supervised by federally appointed judges.
Anyway the guy knows what to do and how to do it. But just in case…
Stay tuned! 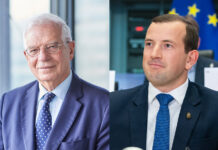 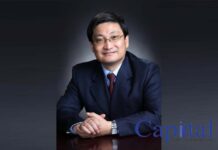