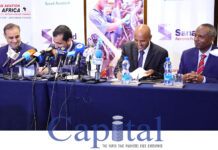 Some observations on the troubling Ethio-Egyptian discourses over the Grand Renaissance...