Address your comments to the writer through gizaw.haile@yahoo.com 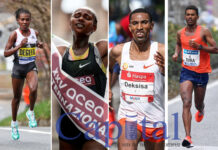