Victory in the Battlefield, Defeat in the Cyberspace: Ethiopia’s Agonizing Reality 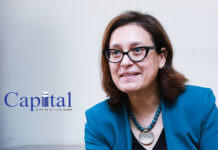