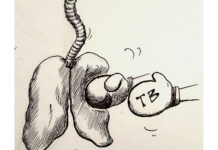 SAVE THE CHILDREN INTERNATIONAL

The Status of book Clubs