Great chief executives need a guiding vision for the exercise of authority, and all the more so when that authority is international civil authority. As United Nations Secretary-General, Kofi Annan had such a vision – and the skills needed to realize it.

Kofi Annan deserves to be remembered as a near-exemplary United Nations secretary-general (SG). Great chief executives need a guiding vision for the exercise of authority, and all the more so when that authority is international civil authority. Annan’s success was based on his ability to combine pragmatism and humility with an enduring vision of human progress and solidarity.
This fusion of vision and character was perhaps best encapsulated in the Millennium Development Goals (2000-2015), which mapped an ambitious set of priorities for the UN. In addition, animated by an abiding humanism and faithful to the spirit, as well as the letter, of the UN Charter, Annan stretched the executive authority of the organization through creative interpretations of the Charter and a charismatic personality to secure the adoption of the exciting, but challenging, “Responsibility to Protect” (R2P) principle.
The grandson of tribal chiefs and son of a provincial governor in the British colony of Gold Coast (now Ghana), Annan blended an aristocratic style of leadership with soft-spoken personal charm, empathy, intellectual gravitas, and sartorial elegance. His years as SG (1997-2006) were marked by political judgment, tact, and integrity. An eloquent testament to the quality of his ten-year tenure at the helm is the lasting loyalty, bordering on devotion, he inspired in the immensely talented group of senior advisers he assembled.
The world witnessed many profound changes during those turbulent years. Annan oversaw a massive expansion in UN peace operations, in response to growing demands and expectations, but many were dogged by charges of ineffectiveness, financial corruption, and sexual exploitation.
A central challenge with which Annan had to contend, with mixed success, was how to combine the UN’s unique legitimacy with the Security Council as the world’s geopolitical cockpit. When the big powers were united, he could but obey. When they were at one another’s throat over clashing vital interests, he could do little. But when the international community was bitterly divided, he tried to forge agreement by identifying common interests and nudging member states toward face-saving compromises.
Annan’s approach to UN reform was instructive. Identify the big global issues that require UN engagement, he told me. Then ignore issues where states will not agree to common action, as well as those where they can agree on their own because of shared priorities. He saw no point in expending scarce political capital in either case.
Instead, he focused on the big issues where action by member states could be pushed beyond the tipping point by investing the prestige and authority of the SG in the cause. Annan succeeded as SG through the skills of soft leadership: the elusive ability to make others connect emotionally and intellectually to a larger cause that transcended their immediate self-interest.
Treated as a “rock star” celebrity in his first term, Annan was in regular contact with leaders of governments, international organizations, multinational corporations, and civil-society organizations. Quiet diplomacy within the confidential confines of his private office was only rarely supplemented by the public diplomacy of the UN’s bully pulpit.
On one hand, Annan tried to expand the “license” function of international law to empower the UN to take necessary action against recalcitrant states using sovereignty to shield their behavior. On the other hand, he upheld the “leash” function of checking aggression by great powers.
In 2004, Annan pointedly noted that the invasion of Iraq was in breach of the UN Charter’s law on the use of force. This earned him the undying hostility of the neoconservatives in US President George W. Bush’s administration, who threatened to make the UN irrelevant. Yet if the Security Council had capitulated to Anglo-American pressure to endorse the war, based on trumped-up charges of terrorist attacks and fabricated evidence of weapons of mass destruction, the UN would have suffered graver and more lasting harm.
Annan did become entangled in the oil-for-food scandal, which his neoconservative enemies exploited to the fullest. Yet even there, the ethical lapses by member states – including the US and Australia, which refused to take action on red flags raised by UN officials – were more serious. The involvement of his son in shady dealings was personally painful to Annan.
The more indelible stain on Annan’s reputation was his responsibility for the restrictive interpretations of the UN mandates for the peacekeeping operations in Rwanda and Srebrenica, Bosnia, in 1994-1995. Indeed, some people contend that Annan never paid the political price for these two derelictions of duty.
But Annan did commission internal reviews into these conscience-shocking failures, encouraging the investigators to go wherever the search for truth took them. When the investigators were finished, he authorized the publication of their reports, including adverse findings of UN systemic shortcomings and a failure of leadership on his part as the top peacekeeping official at the time.
Deeply scarred by these searing experiences, Annan converted a troubled conscience into an enduring legacy of three principles and institutional advances. The protection of civilians was made a top priority in UN peacekeeping operations. He championed the R2P principle to circumvent the abuse of state sovereignty by brutal rulers committing atrocities against their own people. And he welcomed the creation of the International Criminal Court as the legal instrument to end impunity and prosecute and punish military commanders and political leaders for the most heinous crimes.
Annan’s dedication to serving humanity did not end with his departure from the UN. He remained engaged with poverty alleviation, conflict resolution, and humanitarian relief efforts through UN requests, the Kofi Annan Foundation, and the Group of Elders as a custodian of world conscience.
Annan was exceptionally considerate and solicitous of the welfare of his staff, often with a gentle sense of humor. On one occasion, some UN personnel were trapped in a rapidly escalating conflict zone. A couple of senior aides were trying to explain the danger to Annan when one stopped and asked: “Why are you not panicking, SG?” “Why should I panic,” he replied, “when I have you to panic for me?”

Ramesh Thakur, a former assistant secretary-general of the United Nations, is emeritus professor at the Crawford School of Public Policy, Australian National University, and co-convenor of the Asia-Pacific Leadership Network for Nuclear Non-Proliferation and Disarmament. He is the author of The United Nations, Peace and Security: From Collective Security to the Responsibility to Protect.

TIRET offers 72,800 birr for one square meters of condo shop 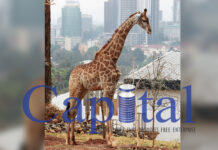 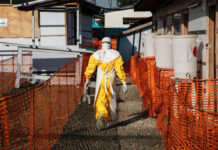 Inequality in the Twenty-First Century