By Ruth Brook
Diaspora, coming from the Greek word diaspeirō meaning “I scatter” has been placed under the semantic microscope time and time again. Scrutinized and subjected to a gamut of connotations, ranging from the most negative to the most positive; to call it a buzzword would be to undersell its status in both the media and literary worlds.
‘Diaspora season’ is upon us’ I’m told, as we sit in the thick of the Ethiopian holiday season. Beating the holiday traffic only slightly – arriving here in October – I have somewhat assimilated to the do’s and don’ts of our nation’s capital. The infamous “chigir yelem” has made its way into my daily vernacular but the exaggerated taxi rates I am quoted have me assured that I am far from being considered a local.
As memorable as it was, my time in Ethiopia during my childhood was consumed in sips; and while I am very well versed in the taxing activity that is bathing with a bucket and pail (when there is no running water) or having dinners by candlelight during a power outage, I never saw these as inconveniences.
Perhaps because of the comfort in knowing that my situation was only temporary, my acquired fluency in these less than desirable situations served merely as an added bonus to the anecdotes I would share on the playground at school in the fall. In hindsight, it seems our vacations were (almost strategically) never quite long enough for these activities to lose their ‘charm’. Instead, they remained hidden in a Trojan horse of ‘summer adventure’.
So, I ask myself, can I really wax poetic about a country when the maximum amount of time I have spent here is four months at a time? The jury is still out on that one.
As a member of this sometimes notorious diaspora club; my thoughts are running in a hamster wheel of questions. In the midst of frequently hearing fumbled Amharic parallel to my own during this holiday season, this question perpetually stays on my mind. “What is the diaspora responsibility? Is there such a thing?”
Seemingly answering my internal queries are the continuous efforts made by the government of Ethiopia to reverse the frequent exodus to the West. An influx back to Ethiopia is being welcomed in the form of social and economic development projects despite a major roadblock – denied access to dual citizenship.
The Ethiopian Diaspora Trust Fund (EDTF) is one such example. The nonprofit organization is one of the first structured initiatives organized by the Ethiopian government to “directly involve diaspora from all walks of life”. It encourages members to commit to donating one dollar a day to supporting development initiatives in Ethiopia. The funds raised by the organization aim to finance projects that will meet the need of some of Ethiopia’s most pressing demands.
The organization called out to members of the diaspora to come up with projects that will have a positive influence on communities in need. Proposals from 22 finalists were recently selected by EDTF, showing a myriad of potential organizations contributing to the development of water sanitation, education, employment and rehabilitation for persons with disabilities to name a few.
In the business and economics sectors, the new diaspora fueled Selam Bank is preparing for its launch as the second mortgage bank in Ethiopia. Furthermore, the recent call for the establishment of an Economic Council of Advisors by the Prime Minister’s Office highlighted the importance of council members representing Ethiopians and people of Ethiopian origin- seemingly an invitation to the Ethiopian diaspora.
Although we might not all be at the stage of financing grandiose endeavors and nonprofit organizations, there are different ways we can serve our country namely, the transference of acquired knowledge and volunteering with homegrown organizations and communities to name a couple.
With projects like these showing the positive impact and growth that can result from opening up the door to the diaspora community, it begs the question, why not take the unification process one step further and make dual citizenship an option?
While all of these examples show that diaspora engagement is increasing, marriage is far from sight. The diaspora contribution comes with its limitations, due to the absence of dual citizenship, fueling an “us vs. them” complex. In order to fully realize the diaspora potential, the absence of the opportunity for dual citizenship should be addressed. 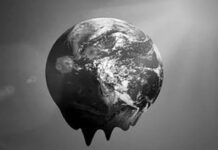 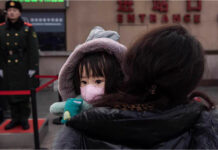