You can reach the writer through gizaw.haile@yahoo.com 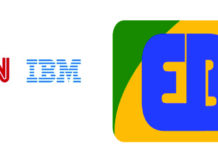 The US doesn’t negotiate with terrorists, why should Ethiopia?

A Tale of two invalidations: Contract and Bankruptcy