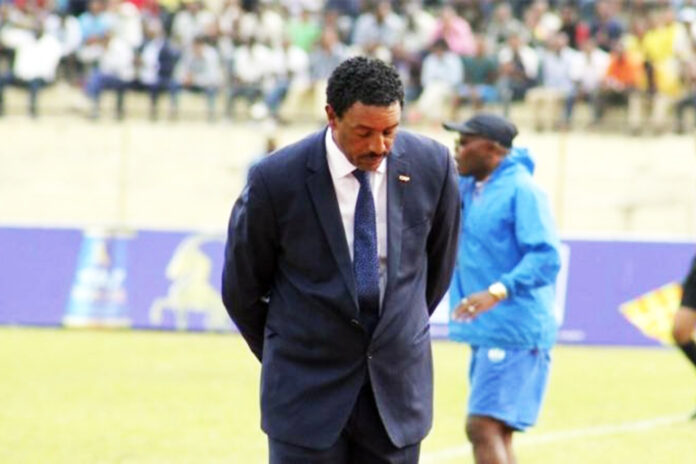 With his two year contract as national Coach came to an end on 6th August, national coach Abraham Mebratu hinted that he may return to club coaching once he finished business in hand with CAF and FIFA. “I heard my name attached with some clubs. But I had no contact with any club until the final day of my contract. We will see the development together,” Abraham told reporters.
Since Ethiopian Football Federation President Essayas Jirra officially stated that contract renewal is not on the table, Abraham’s next stop is sure to be back to club football or return to Gulf nations where he made a name as Yemen Olympic Team Coach. But Abraham appeared not in a haste despite he lost the 5,500 USD a month job.
According to some senior coaches notably Asrat Haile considered the most successful coach both at club and national level, Abraham’s two years at the national hot seat was a waste of time for he delivered nothing to be seen. “Two years and we hardly saw a regular first team let alone a progressive national side” Asrat remarked in his brief stay with TV reporters.
Mentioning his playing adventure from club to national team before turning as successful coach both at club and national team, Asrat remarked that Abraham’s five wins in 17 international matches and his failure to steer Waliya a place in any one of the three tournaments is hardly to be considered a success story. “We are out of CHAN, CAF and Olympic qualifications, so there is nothing to talk about success,” Asrat remarked.