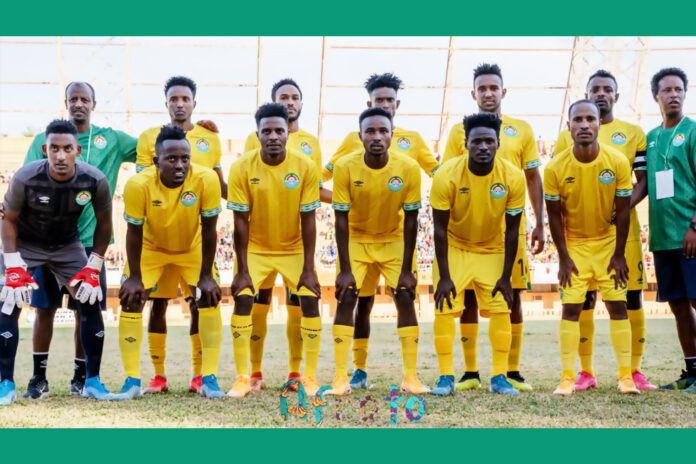 A three star home demolition on Tuesday over visitors Niger, Ethiopia’s Waliya’s nations’ Cup qualification hope revived. Group favorite IVORY COAST tops the table with goal differences followed by Madagascar.
Back from 1-0 away defeat four days earlier Wubetu Abate’s side revived in time to trash Niger 3-0 thus sitting third in the group collecting six points from four matches.
Amanuel G/Michael volleying in the opening goal from the box 13 minutes in to the game Waliyas out played Niger in every way including number of goal chances. Two minutes in to the break once again man of the match Shimeles Bekele assisted Messoud Mohammed who curled in a spectacular second goal.
Back from the dressing room the home side stayed in full command searching for additional goals while the visitors camped in to their own half. Two unsuccessful counter attacks were the only time Niger tried to show off their bravado.
An all out attack from the start,Waliyas tormented the visitors’ defense but hardly to find the back of the net.
Halfway in to the second half and number of half chances missed, Getaneh Kebede pounced on a ball in the penalty box to send in a roaring volley scoring the third. Even then after the home side did everything to add goals but luck and some amazing saves from the goalie, the score ended three nil.
Though returning back from seven months layoff turned out real challenge, Wibetu appeared to manage some harmony among the squad thus an amazing teamwork that revived the qualification lifeline.
Six points and two goals Waliyas are third in the table with goal differences. The do or die huge clash against table top with seven points Ivory Coast takes place next year.

From paper to edible oils