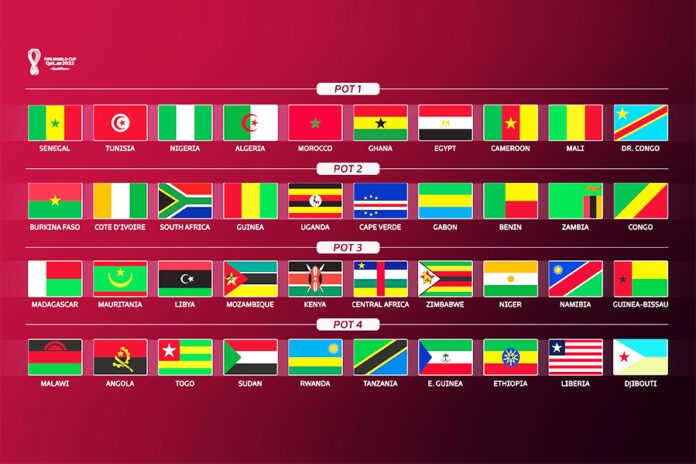 Africa’s talents in football have been amazing in recent months and years. The likes of Sadio Mane, Mohamed Salah, and even Andrew Ayew of Qatar’s side Al-Sadd have been playing fantastic football.
Africanews met with former coach Bora” Milutinović who is a Serbian retired professional football manager and former player who managed Nigeria’s Super Eagle in the 1998 FIFA World Cup.
He attributed the African talents saying that Africa has had great players like the former Cameroonian striker Samuel Eto’o.
“If there is that one continent where we have immense talent, then Africa is the one. We have a lot of talents from Africa. The other day I just saw Eto’o here. He played well for Cameroon. We also have others who play in France like for instance Keita who is very extraordinary,” Bora said.
He added, “They just have to be patient, control their emotions and anything can be possible. There are many African players but they have to look into their future and plan well. They must also be very conscious. This begins with education right from their families, school and football clubs. So there are a lot of preparations at stake.”
The former Indomitable Lions striker Samuel Eto’o has expressed hope that the African team and players would win big at the Qatar 2022 FIFA World Cup which is expected to take place in Qatar between November 21 and December 18, 2022.
In an exclusive interview with African news’ Michael Oduor, the Qatar Legacy ambassador said that a team like Cameroon, which will host the CAF 2022 games, stands a better chance of lifting Africa’s top prize.
“There isn’t a bad team. I hope that the Cameroonian team will win this Cup (CAF 2022) because we will play at home before our own fans and I hope that we will win this. I know it will not be easy but it is possible,” Eto’o said.
Is Qatar ready?
22nd November 2022 will be the due date for the Qatar FIFA World Cup, the first in the Middle East. Many are asking is: is Qatar ready?
The Qatari government has sped up the construction of various amenities including stadiums with six already completed.
As the FIFA 2022 World cup draws closer, preparations are also near complete in Qatar who are the host of the tournament.
A total of eight stadiums will be used for the competition come November 22, 2022.
The latest stadium to be inaugurated is the Al-Thumama, located 12 kilometers south of central Doha and inspired by an Islamic Gahfiya cap, will seat 40,000 fans in the Gulf nation.
Preparations are almost complete according to the Qatar Supreme Committee.
“I am happy to actually share that we are right on schedule. We have more than 98 percent completion of our stadium. Today we’ll be announcing the six-ready FIFA World Cup venue, which is a mammoth stadium that will be hosting the Arab cup by the end of this year. We will be having all of our stadium completed, which is actually the first time stadiums have been completed one year in advance,” said Fatma Al-Nuaimi, the Communications Executive Director at Qatar Supreme Committee for Delivery & Legacy.
The Al-Thumama Stadium was inaugurated by Qatar’s Emir Tamim bin Hamad Al Thani when it hosted Qatar’s Amir Cup final, the first official match on this FIFA World Cup stadium.
The 40,000-capacity stadium follows Khalifa International, Al Janoub, Education City, Ahmad Bin Ali, and Al Bayt in being declared ready to host the first FIFA World Cup in the Middle East and the Arab world.
The Al-Thumama Stadium will also be a prominent host of the 2021 Arab Cup from November, and FIFA World Cup with up to six matches, including the semi-finals, to be played there at the end of 2022.
The stadium design is inspired by the ‘gahfiya’ the traditional Qatari head cap.
A total of 1.5 million football fans are expected to visit Qatar during the FIFA World Cup 2022
Upon completion of all stadiums and other amenities, Qatar is expected to use an accumulative US$6.5bn in hosting Asia’s first World Cup.
Qatar has proven enough that they are ready to host the next FIFA World Cup. It’s now a matter of time and also as a matter of passion before we have this tournament in Qatar.