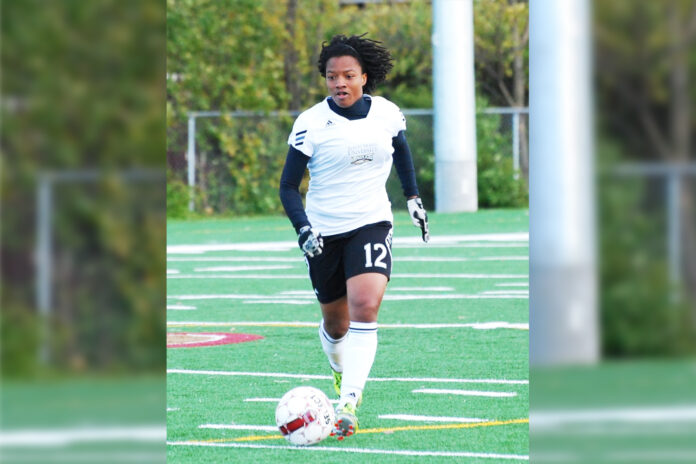 “CAF should have rescheduled it to benefit everyone,” said Ghanaian defender Linda Eshun. “They rescheduled the men’s game. I know we can’t compare the money that’s involved in the men’s [to that in the] women’s game. But I am not saying CAF are biased towards the men’s game.”
Nigeria’s goalkeeper Tochukwu Oluehi wasn’t as diplomatic. “CAF doesn’t take women’s football seriously. Why cancel the African Women’s Championship? 2022 is too far. Teams won’t be tested. We don’t play friendlies, we won’t keep fit. They should have postponed it to next year. It doesn’t sound good that there won’t be competitions until then,” said Oluehi.
CAF secretary general Abdelmounaïm Bah downplayed the impact of the tournament’s cancellation. “I’m not sure that cancelling this edition of the Women’s Afcon will have a bad impact on the performance of our teams,” he said in a virtual press conference with the South African Football Journalists’ Association.
“What we are trying to put in play is a clear strategy to develop women’s football in Africa. We care about women’s football. We want to see better results at the international level. We want to develop women’s football. We want professional leagues, this is why we have this strategy. We want to give more opportunities for girls and women to play.”
The Women’s Champions League will be contested by eight teams in two groups of four. Each of the six CAF zones – north zone, zone west A, zone west B, central zone, central-east zone and southern zone – will host qualifiers to decide who will represent the region. The six winners, along with a team from the host nation, and an additional club, will make up the eight representatives. The tournament will be held annually in the second half of the year, giving players more exposure and tougher competition.