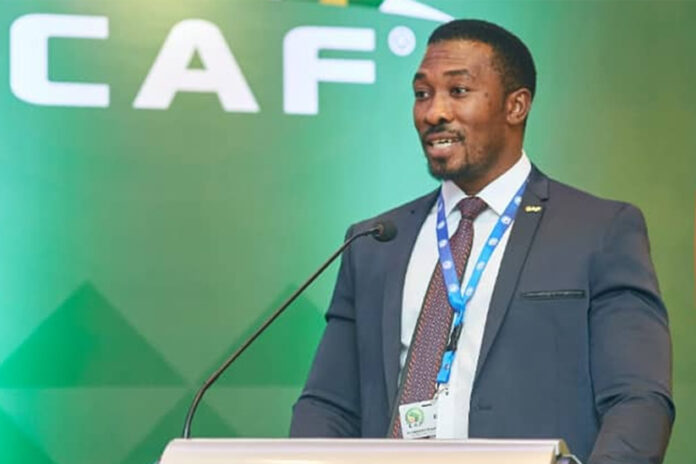 The Confederation of African Football (CAF), Medical Committee has advised the mother body of African football associations/federations to cancel its competitions, Dr Prince Pambo, a member of the Committee announced.
Speaking on ‘Beyond the Lockdown’ regarding the decisions reached by the continental governing body, he said recommendations have been sent to the Executive Committee (ExCo) to cancel their tournaments.
“At the medical point,” Dr Pambo began “what we have done is, we have adviced CAF ExCo to cancel its tournament; be it the CHAN which was supposed to be played in April, the CAF Champions League and Confederation Cup matches,” he revealed.
As the governing body of football in Africa, CAF have the responsibility of taking initiatives for football growth and that must be replicated by its members.
But, the specialist Physician in Sports medicine stated that they cannot make decisions for member associations on the future of their competitions.
“Continental football doesn’t have control over any particular league.
“CAF has its own games, but CAF again doesn’t own any country or any pitch any where so what it means is that, CAF would need the permission of various countries for the game of football to start.
“A number of countries have responded by saying their leagues have been truncated and that they would rather sit down and plan a new league season, probably August – September, others have asked for extension of time to engage; the Ghana football association falls under into that bracket,” he said.
CAF suspended all of its competitions indefinitely, but is yet to officially announce cancelation of those scheduled games.
(Joy News)