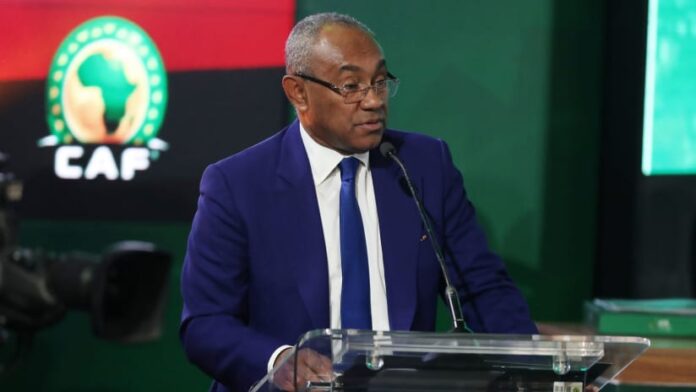 African football was not spared from the coronavirus pandemic. While some European leagues are set to resume, CAF president Ahmad Ahmad told DW he wants the outbreak under control first before competitions return.
Much like their counterparts around the world, the Confederation of African Football (CAF) officially suspended play in March. The situation on the continent is complicated and differs wildly from the realities in Europe.
Africa has already experienced epidemics such as Ebola outbreak in March 2014, the deadliest episode of the disease since its first detection in 1976. During the outbreak, the CAF chose not to suspend football. Games in the countries where the epidemics broke out were relocated to avoid the regional threat.
Past outbreaks mean Africa is not experiencing the coronavirus pandemic like other continents. As of May 11, Africa had recorded just over 64,500 cases of COVID-19 and around 2,000 deaths, according to data from Johns Hopkins University — numbers that pale in comparison to the contamination rate in Europe.
Despite alarming predictions about the potential impacts of the health crisis, the question of whether African football can recover has been raised.
CAF president Ahmad Ahmad highlighted the difference in context pointing out that it is not easy to draw conclusions when so few tests have been carried out. “We have taken to stop football activities altogether. Our priority is first and foremost health, protecting players, protecting officials, and protecting the public.” Ahmed underlined.