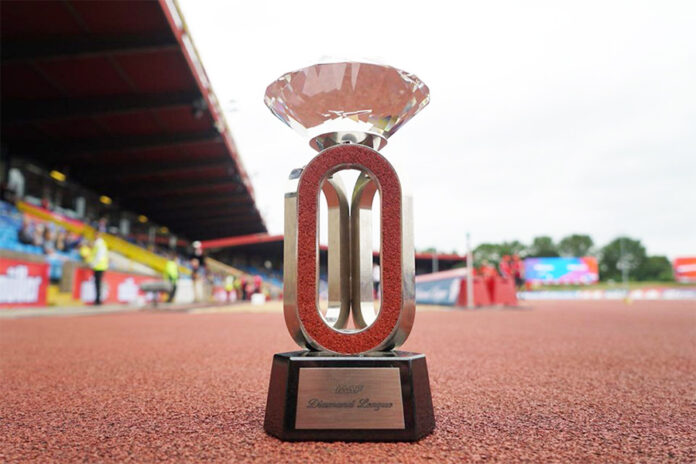 In little more than two weeks’ time, the 2022 Wanda Diamond League will get under way in Doha as the Qatari capital hosts the 13th series of the sport’s premier one-day meetings.
Throughout the circuit, which spans five months and takes in 14 cities around the globe, the world’s best athletes will battle it out for a place in the Wanda Diamond League Final in Zurich on 7-8 September.
After the season opener in Doha on 13 May and a trip to Birmingham eight days later, athletes will have the chance to test out the host venue for the 2022 World Athletics Championships when the series arrives in Eugene on 28 May. The world’s best will then head to Rabat on 5 June, before returning to Europe for the rest of the month with meetings in Rome, Oslo, Paris and Stockholm.
Following the World Championships, the Wanda Diamond League will return to China for the first time since 2019, with the Shanghai Diamond League set for 30 July and a stop in Shenzhen, the newest addition to the series, on 6 August.
August will then see the series head to Monaco and Lausanne before the last series meeting in Brussels on 2 September. Those athletes who have earned enough points will then head to Zurich, where the 32 Wanda Diamond League champions will be crowned at a two-day season finale on 7-8 September.
Elsewhere in Birmingham, world and Olympic champion Malaika Mihambo faces two-time world indoor champion Ivana Vuleta in the long jump, while two-time world indoor champion Samuel Tefera takes on Olympic bronze medalist Josh Kerr over 1500m.