HomeSportsCOVID-19 precautions in place as Great Ethiopian Run prepares for the 20th...
Sports 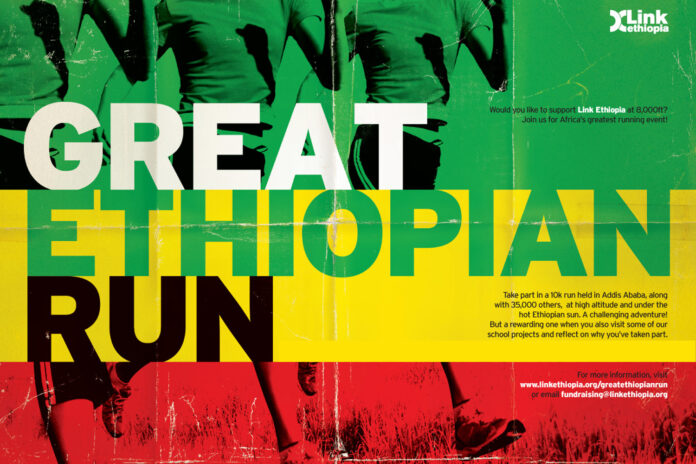 Registration ends in a day

Great Ethiopian Run race organisers have announced plans to stage the 20th edition of the race on the new date of Sunday 10th January 2021, eight weeks later than originally planned. The delay was enforced by the global COVID-19 pandemic, but organisers are now confident that they will be able to stage the race employing a raft of measures protecting participants from the virus.
Participant numbers for the race have been limited to just 12,500, almost 30,000 fewer than the number that completed the race in November 2019. The participant limit follows a directive given by Ethiopia’s Ministry of Health that total participant numbers should not exceed 25% of projected maximum capacity.
The organizers also announced that the registration ended on Saturday December 12 a day after it started on Friday December 12. The first 200 registrants will receive a free training t-shirt as an incentive to register early.
In addition to the race being staged from Meskel Square in Addis Ababa, participants around the world will be able to take part in a virtual 10km run. Many charity runners who normally come to Ethiopia to participate in the race are expected to join the run virtually.
The 20th edition race will employ a wave start with the waves setting off in 15-minute intervals. Each wave will be segregated into smaller groups of runners not exceeding 1000 to allow for distancing by participants as they line up before the start. All participants will wear a race number with a letter of the Ethiopian alphabet which will correspond with their start position. The wearing of masks will also be mandatory at the start and after participants exit from the finish. Masks will be given out at registration. Temperature checks will also be carried out as participants arrive at Meskel Square.
The finish for this year’s race has been moved to Atlas Hotel in Bole.
The race once again boasts an impressive list of sponsors headed by Total as the headline sponsor. Also sponsoring the race are Ethiopian Airlines, Malta, Amole, Bird Life Africa, Tourism Ethiopia; Indomine; Hyatt Regency Addis Ababa, Arki, and SAS Pharmaceuticals.