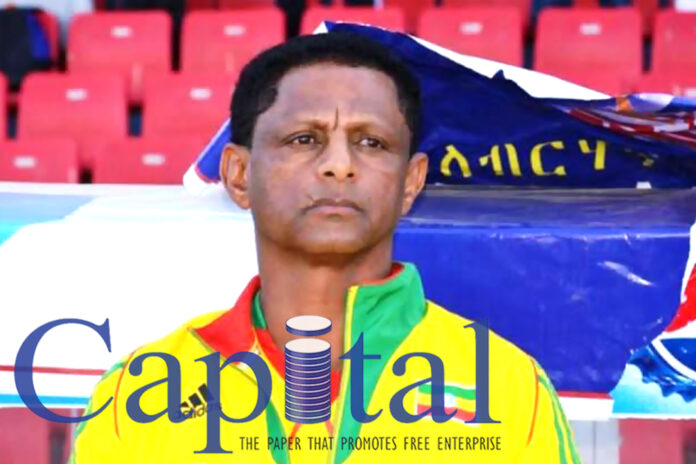 Nine consecutive matches without a win and a shocking half a dozen goals away defeat to Sidama Bunna, things are getting nastier on Welwalo Adigrat Coach Yohannes Sahle who was handed a five matches ban following the 3-2 defeat at the hands of Baherdar. This is the second time Yohannes treated with such a heavy slap.
It is not only the nine matches in a row defeat that took everyone by surprise. But five defeats with the latest one a 5-0 demolition by home side Sidama-Bunna and the 1-0 home defeat to Hadiya-Hossana is what makes the situation a bizarre one.
Welwalo’s latest record shows three draws: two at home with Ethiopia Bunna and Jimma AbaJifar and five defeats including the 1-0 defeat to cross town rival Mekele and the controversial 3-1 defeat to Baherdar.
The five matches suspension and the 8,000 Birr fine from Ethiopian Football Federation following Coach Yohannes’ un sportive behavior at the away match against Baherdar is what makes Welawalo’s free-fall all the more dramatic. Slipping from table top to eighth in the table is one thing but add to that Yohannes’ five match suspension from the touch line, Welwalo’s fate is in critical situation.
Although some suggested the five matches suspension is a bit harsh for what Yohannes did at Baherdar.

Tusk announces awards shortlist and a £1m boost to the conservation...