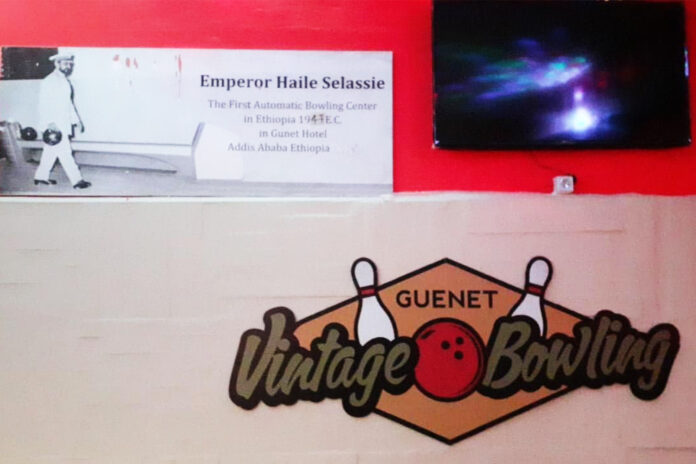 Ethiopia’s first automatic bowling alley, Guenet that was opened in the 1930s, is set to make a splash after going through a major renovation.
Dubbed ‘Guenet Vintage Bowling’, located in Genet Hotel, Mexico, Mozambique street, the bowling place holds six bowling lanes resting on a close to 500 square meter of underground space.
Guenet was first opened during the Italian Invasion of Ethiopia. The invaders frequented the place during their stay in Ethiopia, while after their eviction; Guenet became a popular hot spot in the city.
The popularity of the hotel had been continuously decreasing for the past two decades, and the place failed to keep up with the time.
Guenet Hotel is currently under the mandate of the Catering and Tourism Training Institute (CTTI). The institute is responsible for producing skilled workforce and conducting research and consultancy-related works in the tourism and hospitality industry.
“The Institute decided to outsource the American-style bowling alley to private businesses as it lacked the technical and financial capacity to keep it running,” said Tariku Tesfaye, the new owner of Guenet Vintage Bowling.
With the new facelift, the new owners hope to introduce the fun activity to new sets of generations.
Besides the bowling alley, the lush tropical garden and the tennis courts still remain open at Guenet, with the only missing exception of the African lion that roamed the compound during imperial times.
Guenet officially inaugurated its service on Sunday, January 3, 2020, with a special program. Besides bowling, the event will witness different vintage games, a photo gallery, and a photo booth.