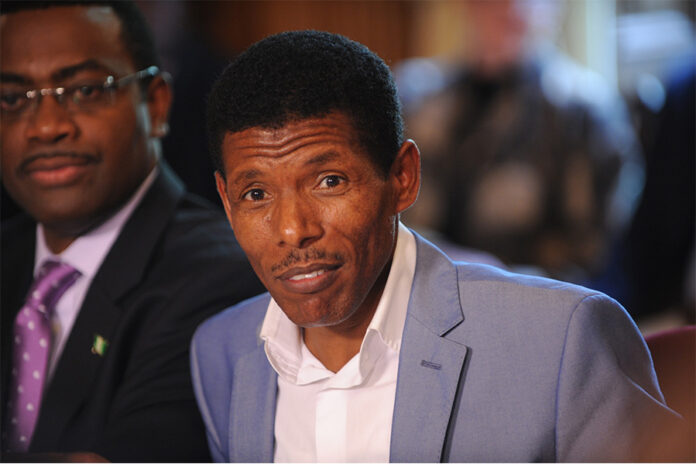 Haile Gebreselassie whose career spans 25 years as a long distance runner feels sad with the U.S. intervention in Ethiopian politics. Haile one of the legendary long distance athletes in history, slammed the U.S. over its recent decision to impose sanctions on Ethiopia. He called it “unjust.”
Haile, who said that it is not for the first time for Ethiopia to experience undue foreign pressure and intervention, said the recent one is different because it got to a point where Ethiopia’s sovereignty is challenged.
Noting that Ethiopia is one of the few countries with stellar achievement in athletics, he said “they are doing it [he is referring to the sanction and intervention in the internal affairs of Ethiopia] out of the thinking that we cannot do anything about it. It’s painful.”
However, he expressed hope that Ethiopia will overcome the challenge. And then he lamented about the U.S. decision saying “I feel so sad. I wish American did not do that. Because “it will pass,” he said.
The U.S. visa restriction on Ethiopia is based on an unjust decision. However, he said, “We should not blame anyone. We should blame ourselves. Because we have not done what we were supposed to do. We are still in poverty. They want us not to get out of poverty too.”
Furthermore, he added that Ethiopia’s struggle is double aged ; a struggle to get out of poverty and a struggle against those who do not want us to get out of poverty. “They will need us more than we need them when we overcome that,” he added.
Haile Grebresselassie, currently one of the few successful businessmen in Ethiopia, said there are influential Ethiopians outside the country who could make a significant difference in our struggle and stressed the need to mobilize them.
He also warned about those Ethiopians who are collaborating with the forces that are exerting pressure on Ethiopia saying that they will regret it in the future as Ethiopia will usher in victory at the end of the day.
“It is time to stand together.” Once the challenge is over, we could return to bickering over differences, he added.
Moreover, Haile added that the Ethiopian government may have shortcomings but now is the time to support government efforts.
The U.S. intervention in Ethiopia, which many seem to have understood as an effort to rescue Tigray People’s Liberation Front as a client political force in the country, is noticeably giving momentum to an anti-American sentiment in Ethiopia.