Football’s world governing body Fifa has postponed its Congress in Ethiopia, scheduled to take place in June, by three months owing to the outbreak of the coronavirus.
The Congress has been set to take place in the capital Addis Ababa with events between 3-5 June, the day on which the Congress had been set to take place.
This has now been postponed until 18 September. Meanwhile the body’s council meeting will now be held in Zurich or as a video conference in June or July.
Should Addis Ababa stage the event later this year, which will be at the headquarters of the African Union, it will be the fourth time Congress has been held on the African continent in 70 years.
Marrakesh in Morocco was the first African city to host a Congress in 2005, followed by South Africa in 2010 and Mauritius in 2013.
The first Fifa Congress was held in Paris in 1904, with just five member associations attending, and returned to the French capital this weekend with a full house of 211 members present.
The Congress meets every year, where statutes can be amended; where officer bearers are elected and where members can be accepted or expelled. (BBC)

Ethiopia to leverage digital innovation in the fight against covid-19 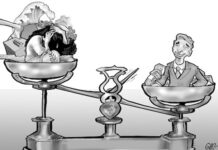